For Greg’s final column in Hello Zuidas, he wrote an entire new book. The following is an excerpt from Shapiro’s third book THE AMERICAN NETHERLANDER: 25 Years of Expat Tales, available internationally.

When you’re living under sea level, perhaps the term sustainability takes on extra meaning. There are so many Dutch achievements in the area of duurzaamheid that you’d expect Dutch folks to show more national pride. And yet – when it comes to national pride – the Netherlands has been described as ‘the least chauvinistic country in Europe.’ Maybe that’s partly why the ‘Netherlands Second’ video was such a hit here. Dutch mentality is like: “We don’t need to be first. …But we are definitely better than the rest.”

In essence, the Dutch don’t like to brag – so I’ll do it for them.

Internationally, yes the Dutch are quietly known for their masterful water engineering. But you don’t see the Delta Works on Dutch t-shirts. You don’t see the term Afsluitdijk on bumper stickers. And what about the Maeslantkering? These gates that protect the Port of Rotterdam are an engineering marvel, each gate as large as the Eiffel Tower. But – unlike the Eiffel Tower – you don’t see them on keychains, coffee mugs or refrigerator magnets. As far as tourists are concerned, Dutch culture is summed up by the national symbol of the cannabis leaf. Meaning, by default, the most popular form of Dutch water engineering is ‘the bong.’

A Dutch friend of mine was working at a consultancy in the US. He told me the story of how Dutch engineering firm Royal Haskoning was asked to help the US Army Corps of Engineers to prevent hurricane damage to the US coastline. Which was a Big Deal. But reportedly the Dutch management refused to issue a press release, because that would be bragging, aka opscheppen. And in Nederland, if you are ever caught opscheppen, then Zwarte Piet kidnaps you in a sack and takes you to Spain,

Sustainable investing might not be terribly sexy to most people, but apparently it’s sexy in Zuidas. According to iAmsterdam: In 2020, a number of Dutch investment firms topped the ShareAction global sustainability rankings. And the Global Green Finance Index named Amsterdam Zuidas as one of world’s best green finance centres. Nederland, take more credit!

I once spoke at the launch of a book of infographics on the SDG Sustainable Development Goals. It was an impressive achievement and an impressive stage. But – one after another – the speakers chose to stand just outside the spotlight. I literally had to step in and nudge the director of the project into the light so the photographer could get a proper shot of him. Next time I’ll just tell him, “It costs a lot of energy to shine that light. The sustainable choice would be to stand in it.”

Nederland, you may spend your lives digging channels in the ground, but you don’t have to act like Mole People.

Gregory Shapiro (b.1968) is the author of THE AMERICAN NETHERLANDER: 25 Years of Expat Tales and the voice of Trump on ‘Zondag Met Lubach.’ In 2020 he celebrates 25 years as corporate speaker and host. And his mini-show ‘How NOT to Zoom’ is now available for a 5-minute guest appearance in your next videoconference. www.gregshapiro.nl 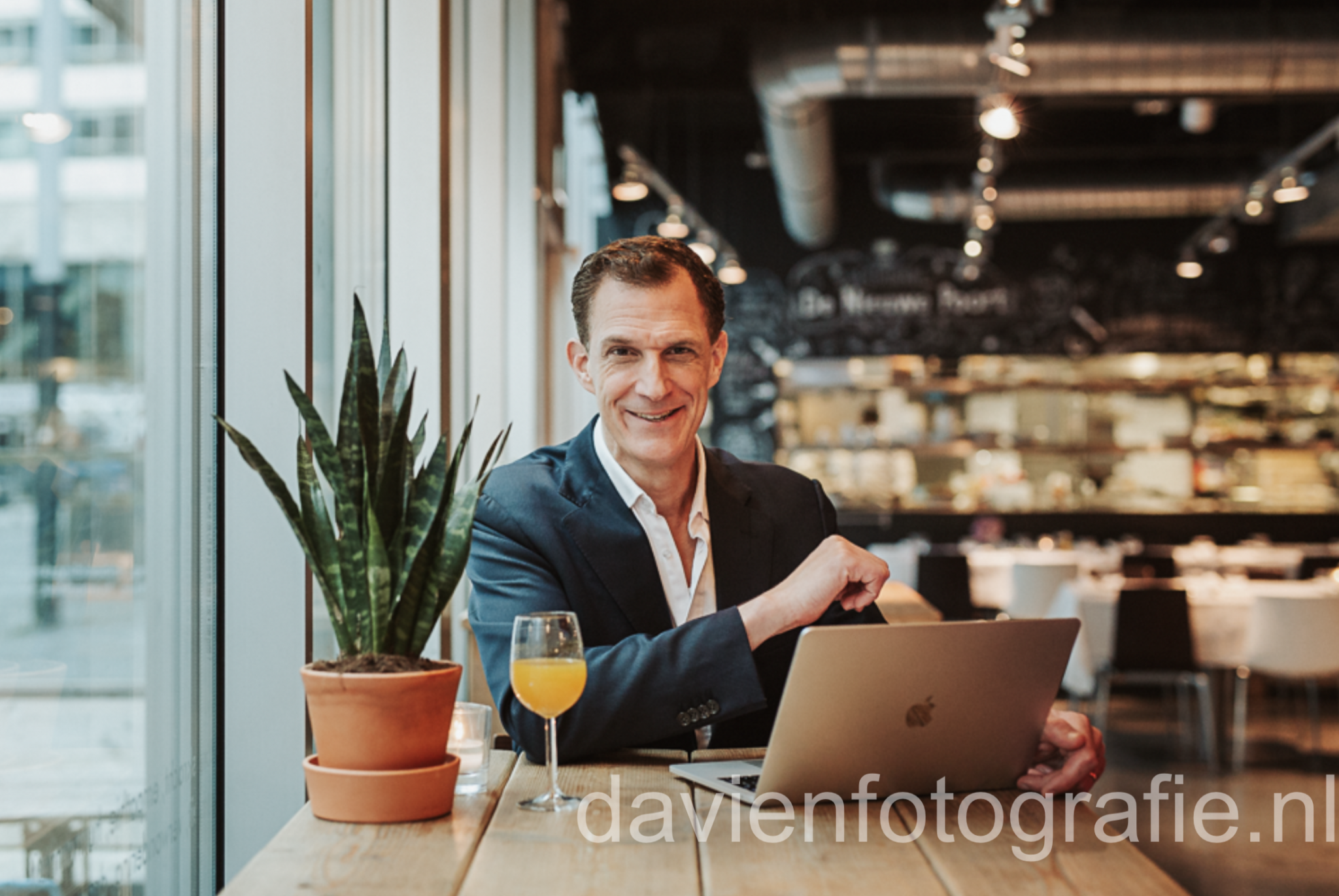 Thank you to Davien Fotografie for the profile pic!