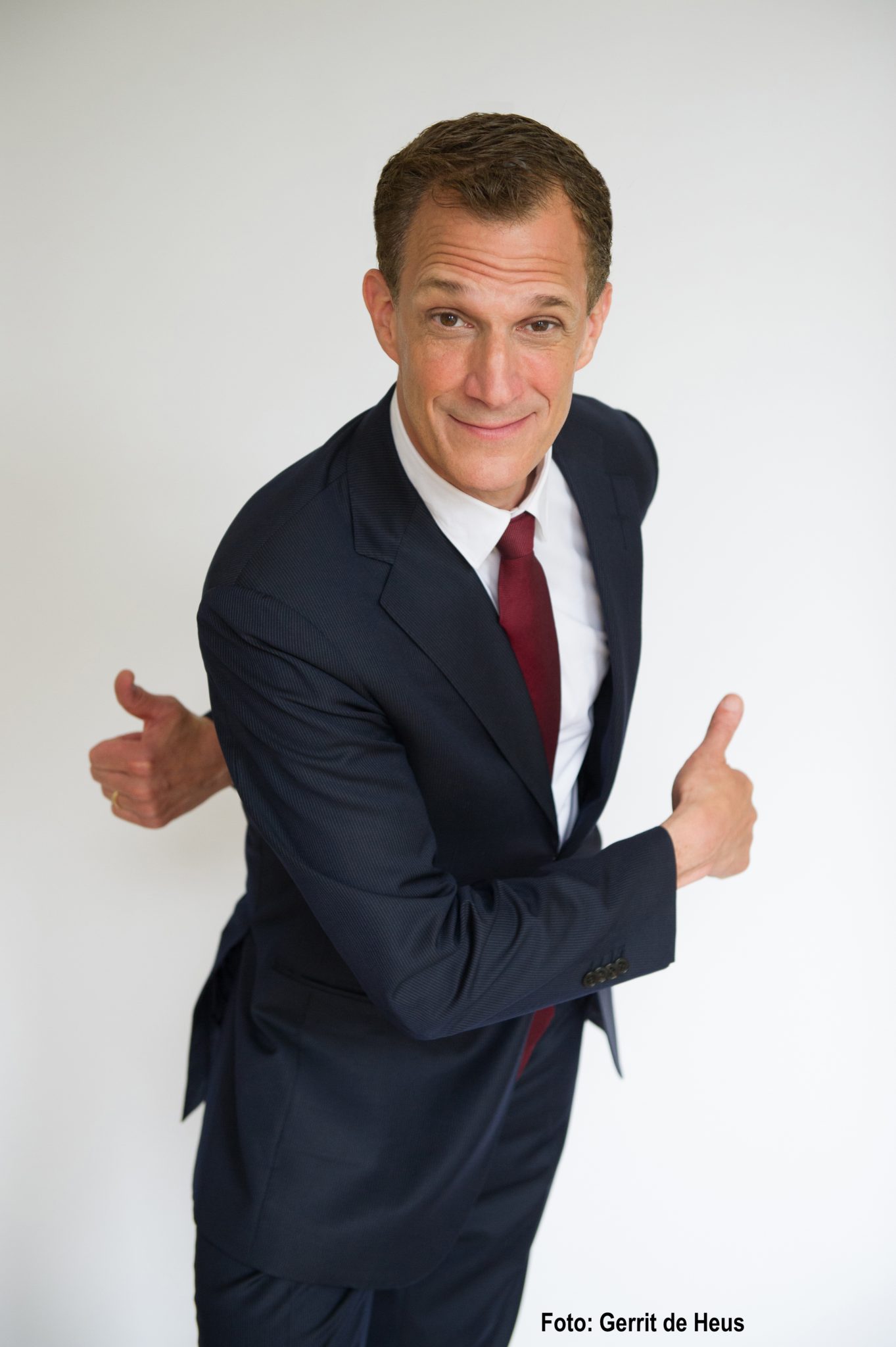 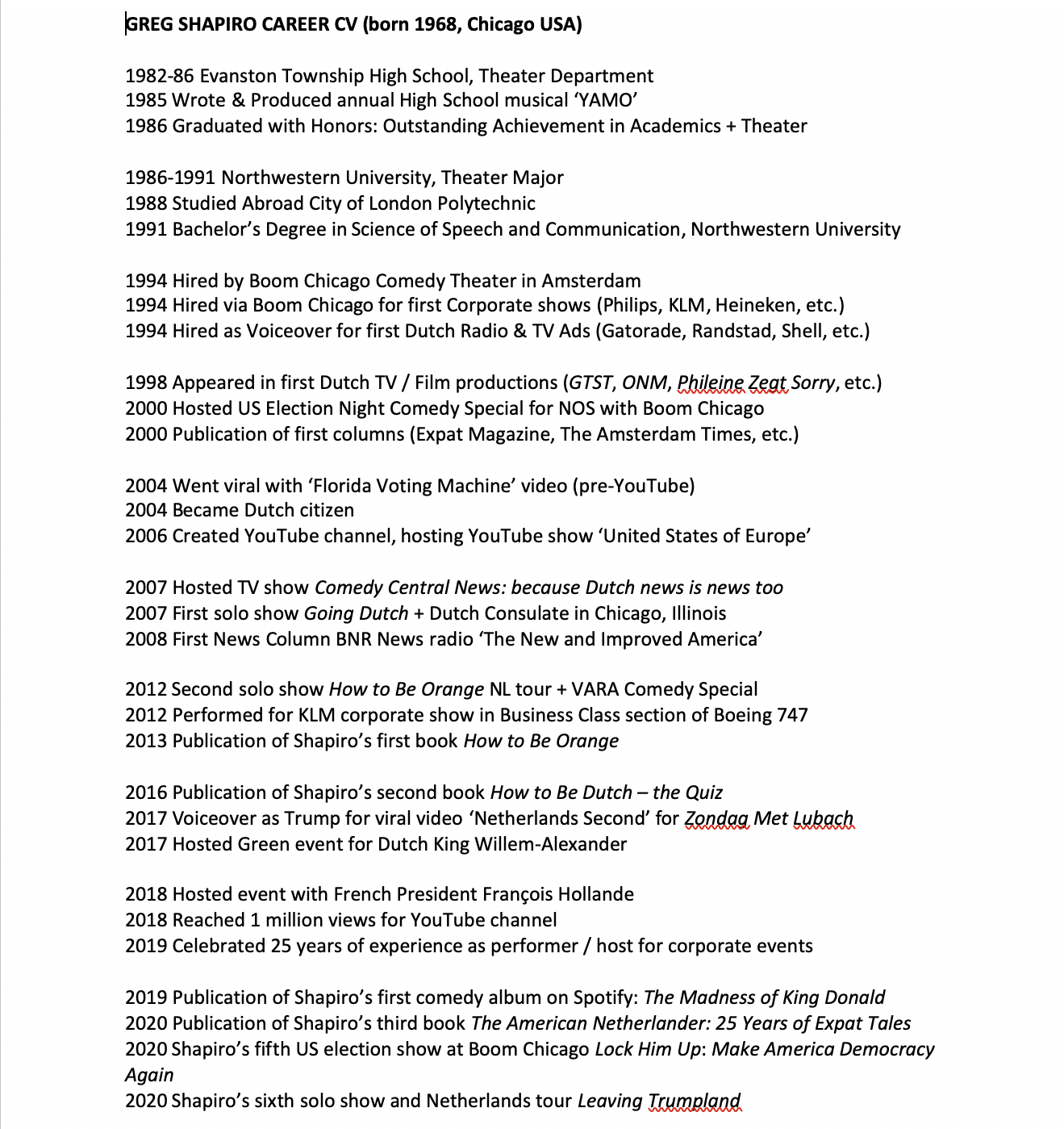 Greg Shapiro: Comedian, American, Dutchman. And the voice of the ‘Netherlands Second’ video with over 50 million views online. Shapiro the comedian is known for his standup and improv shows, starting at Boom Chicago comedy theater, and additionally on TV & online. He has appeared on Comedy Central, BNR, VPRO, ZDF, and also on his YouTube shows ‘United States of Europe’ and ‘Climate News Comedy.’

Shapiro is celebrating 25 years of performing for corporate events, particularly with an orange theme, a political theme, or a green theme. As Moderator, he has hosted events for the King of the Netherlands, French President François Hollande, and NATO. Greg as Talkshow Host has impersonated Graham Norton (Tommy Hilfiger), Seth Meyers (Booking.com), and Matthijs van Nieuwkerk (ING). And as Keynote Speaker, he has performed on moving buses, student living rooms, and once in the Business Class section of a KLM 747 flying to Chicago.

In 2020, Shapiro debuted his third book THE AMERICAN NETHERLANDER: 25 Years of Expat Tales. Greg came to the Netherlands to take a job for just one summer, and 25 years later he’s still here. So be warned: Dutch culture can be addictive. Greg came for work and stayed for love. Based on his clumsy assimilation into Dutch society, he has written two previous books: How to Be Orange, an Alternative Dutch Assimilation Course and How to Be Dutch: the Quiz. Now he gives a master class in cultural assimilation, known as ‘Culture Shock Therapy.’

Shapiro spent his first 25 years in Chicago, studying theater at Northwestern University. Then – in 1994 – he came to the Netherlands to work at Boom Chicago theater. By the year 2004, Shapiro became a Dutch citizen. Eventually, in 2007, Shapiro became a Dutch TV host on Comedy Central News “because Dutch news is news too.” He’s since worked with BNR fm and Time Out Amsterdam, which proclaimed him ‘Hero of Amsterdam’ in 2009. He has also worked with BNN/VARA HumorTV, and VPRO – where he helped Zondag met Lubach win the Dutch Televizier Ring.

Greg lives in Amsterdam with his artist wife Inez. He has two bilingual children and a black Labrador, who will lick you if she gets the chance. He recently bought a small barn in France with a big hole in the roof.