It was a Thursday in 2017 when I got the call from Janine Abbring, producer of Zondag Met Lubach for Dutch broadcaster VPRO. Donald Trump was about to be sworn in as President of the United States. Did I want to use my Trump voice for a little video they were making? That video became known as The Netherlands Second video. And it did pretty well.

Now, in 2020 – during a Corona pandemic and lockdown – I got another call: “Can you do your Trump voice again?”

It was the beginning of April, and Boris Johnson had just uploaded a screenshot of himself on a Zoom call – with his Zoom ID displayed. Enter Arjen Lubach, demonstrating how easy it is to hack your way into a Zoom meeting.

The script featured Arjen ‘Zoom bombing’ Boris Johnson while he was in a Zoom Meeting with world leaders, such as Donald Trump. They sent the script, I did a demo of the Trump lines, and I got a green light. But then I got another call: could I also do a Boris Johnson voice? I gave my standard answer: British accents should be voiced by the British.

But could I at least do a Boris Johnson test as a guide track? Sure. I studied Boris and realized his speaking style sounds like if William Shatner’s Captain Kirk had gone to school at Eton. So I gave it a try and sent it over. They loved it. For the purposes of this video, it would apparently be good enough.

Could I also do Vladimir Putin? Yes, actually. And Jair Bolsonaro? And 3 more world leaders? Yes. So I ended up doing the voices for all 7 world leaders on this Zoom call. And – to my own surprise – it’s pretty good. 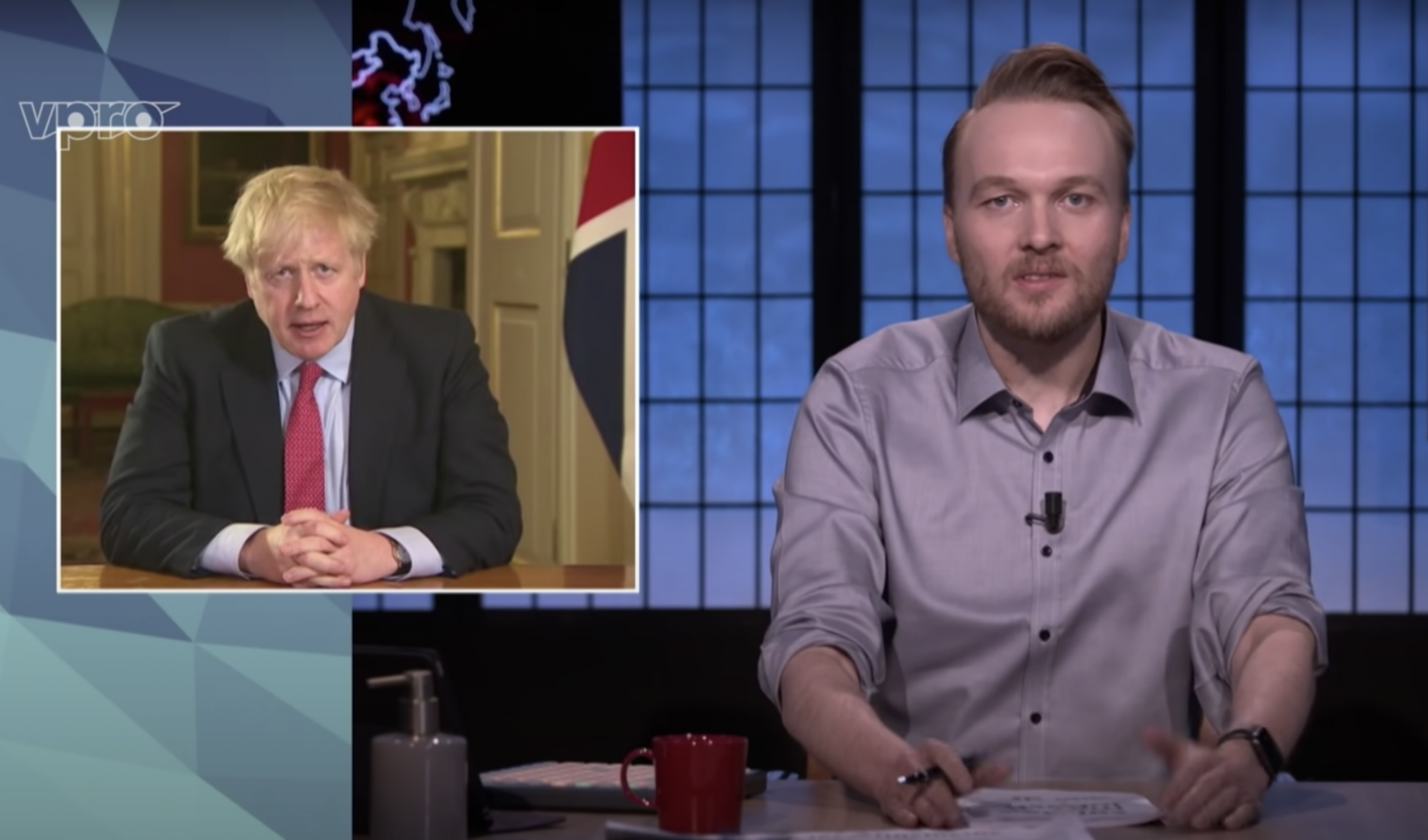