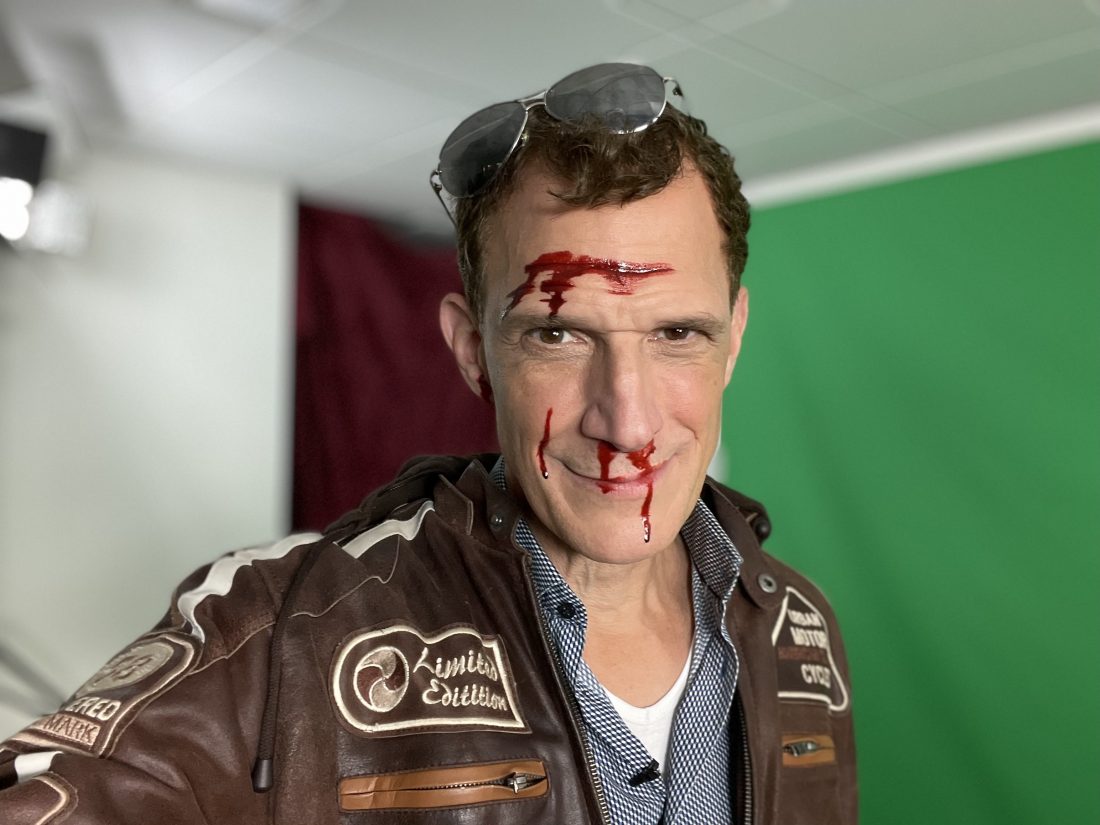 This past October, I volunteered for a school project. The school was set up by the mother of an autistic child. (aka ‘a child on the autistic spectrum.’) And the school is called SBTK: Stichting Brilliant Future Kids. Since the mother is an old friend of my wife, she asked if I could help teach an improv workshop for her students. I said “Yes, AND.”

Yes, I’d taught improv classes before. Yes, I’d taught high school students before. But no, I’d never taught kids with autism. What I had done is hosting an event for adults with autism, and the interviews were great. I remember they were brutally honest, which was hugely entertaining. 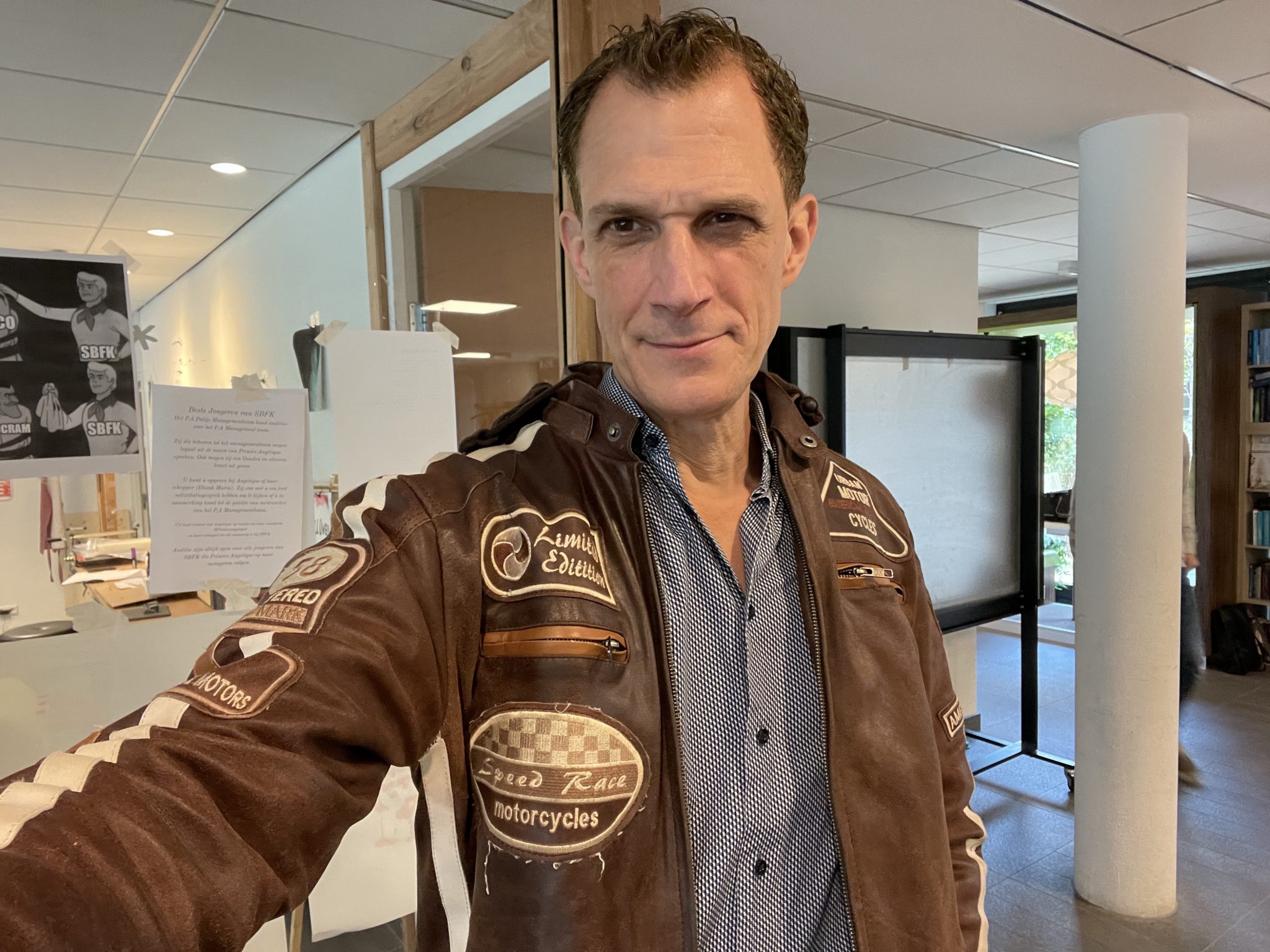 At Stichting Brilliant Future Kids, they wanted an improv workshop – but also they wanted me to make a quick appearance in a video they were shooting. In fact, as soon as I arrived, that’s all they could talk about. The students were all mid-teens, male and female (and perhaps non-binary), and ‘the spectrum’ was well-represented. Practically, there were only a couple students who wouldn’t make any eye contact at all.

It turns out they were pretty big fans of the ‘Netherlands Second’ video. And they asked me what was my life was like now that Trump was out of the White House. I gave them my standard answer, which is: “I’ve got other projects, so it’s not the end of the world. Whereas, if he had stayed – it might literally be the end of the world.” 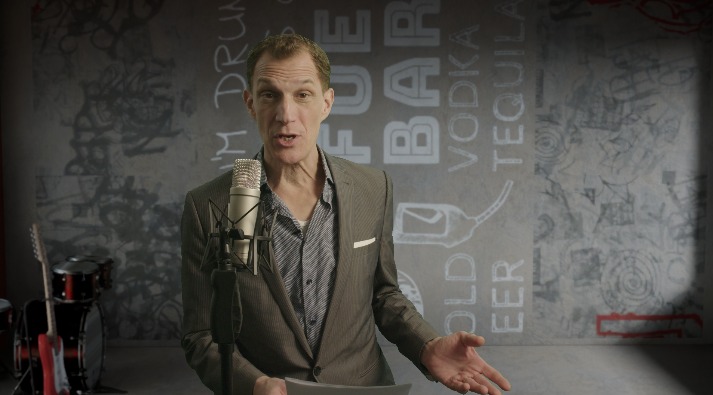 So then they showed me the script. They said it was inspired by me. How flattering!
…It’s about a washed up Trump joke comedian, who dies onstage and then dies in real life. Wowzers, no one does Dutch honesty quite like students on the autistic spectrum. I died laughing.

My scene partner was a demonic doll baby purchased from a Halloween store. 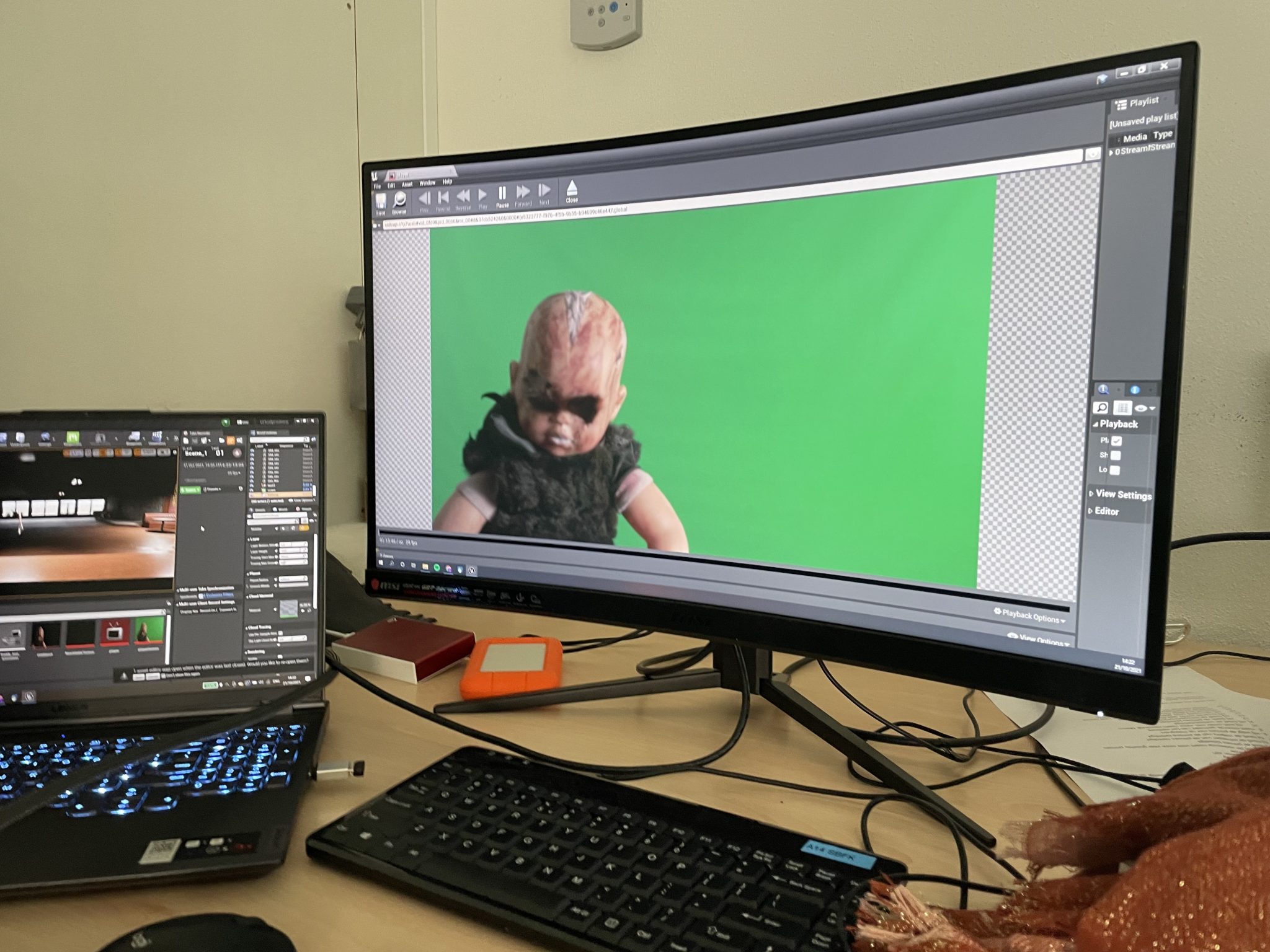 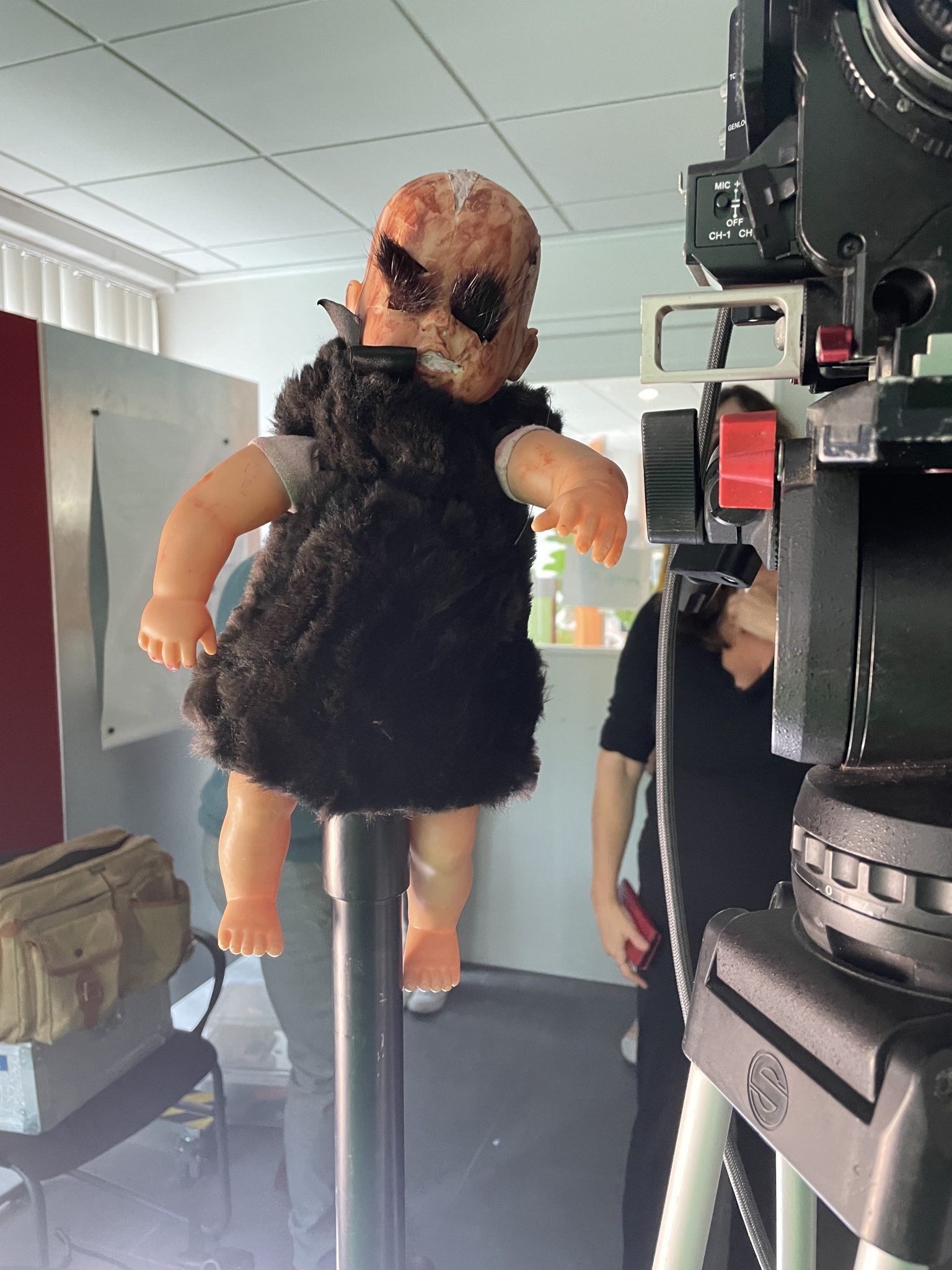 The baby would play the bartender, who serves me a poison drink. Then there’s somehow a motorcycle ride. 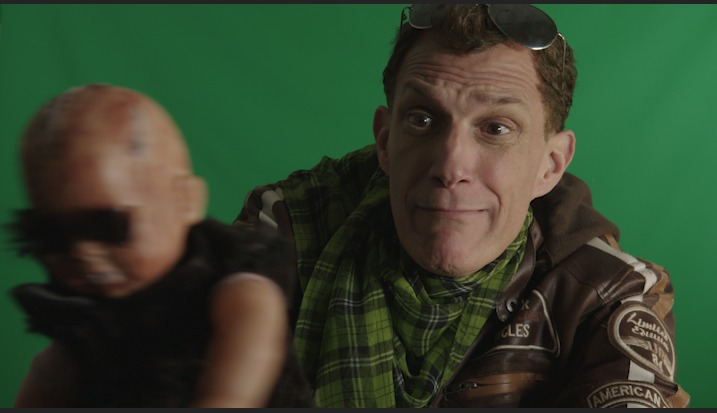 And then we crash and die. The end. 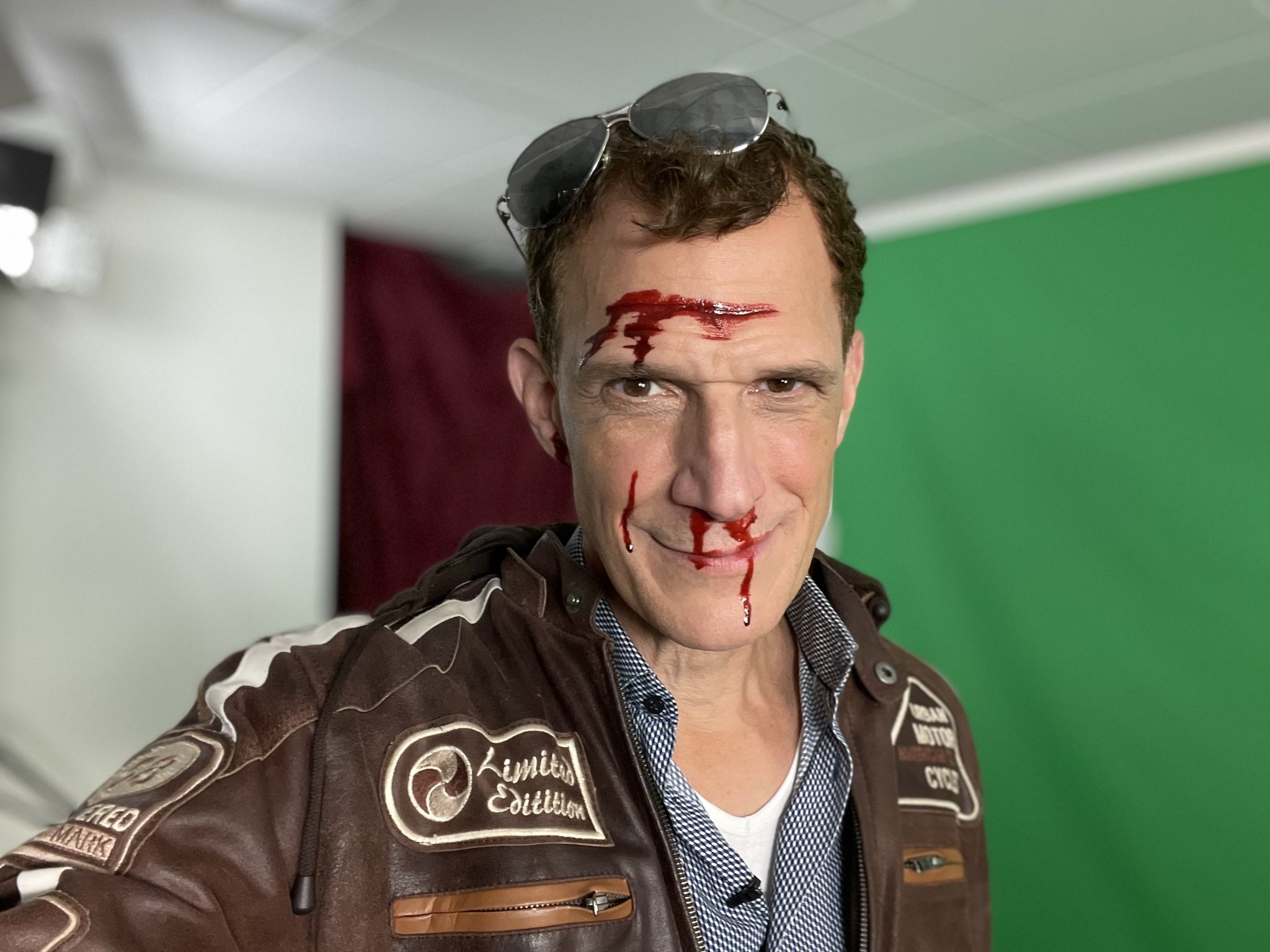 It turns out I never got to do the improv workshop with the lesson plan I has prepared. But we did end up improvising enough in their video studio. And the one student, who didn’t want to make eye contact, he finally looked up and said, “When you are dying in front of the crowd, can you really show how painful it is?” Yes, and. I did. Afterward, the teacher said that was one of the few things he said at full volume all day. Glad I could help!