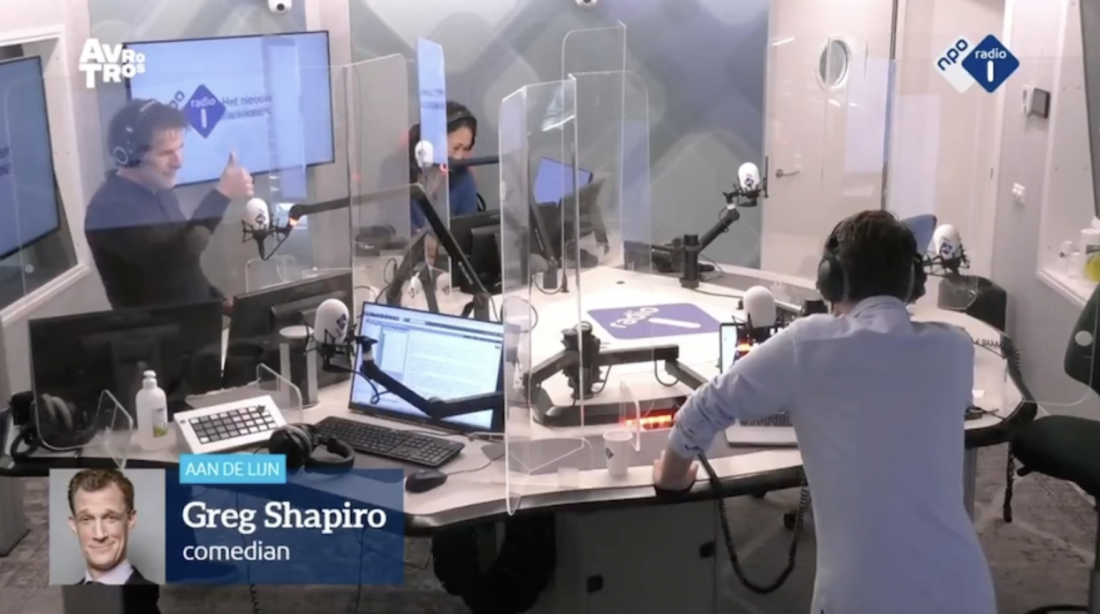 First came the US elections in November 2020. Then came Trump claiming the entire election was fake – and leaving the White House anyway. Next up came the Dutch national elections in March, 2021. De Tweede Kamer Verkiezingen. And my friends at Dutch NPO Radio1 asked me to do a CNN-style report from the polling stations in the Netherlands. In Dutch! Ik zei JA.

First, I reported that there was no evidence of long lines, no people of color being forced to wait hours before they could come near a voting booth. And there were no claims of voter fraud – except for one very thin-skinned politician named Thierry. But it turns out that all you have to do is look Thierry in the face and call him a racist, and then he runs away out of the studio. Just ask Martijn Koning. (Radio 1 cut that part.)

The only irregularity in the voting for the Dutch Tweede Kamer was a certain fellow named Hugo, who tried to vote – without a valid passport! And he happens to have been the Health Minister. (Well, technically the deposed Health Minister.) He apologized for his mistake, and he drove back home to get his proper ID – only to find out he also had an expired driving license. After Finally, he returned with his passport. His vaccine passport. For his dog.
He would have been able to do all of this online, but it seems his Corona app was again not working properly. And again, the health minister’s name? Hugo. Hugo de ‘Sjonge Jonge Jonge.’

More CNN news from the Netherlands, as it breaks!
CNN Breaking News! Proving that news in the US is broken.

[Anytime Radio1 needs American-style reporting – in het Nederlands – I will be there.] [Sometimes I call in for a live chat. But this time I made a recording from my home studio.]