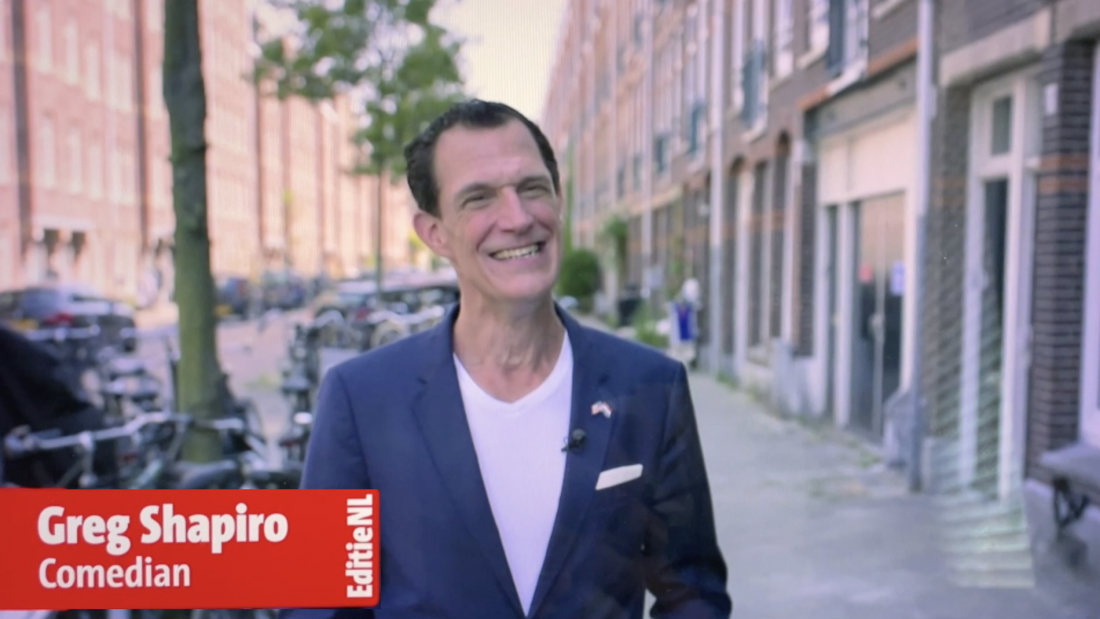 In August, Dutch American comedian Greg Shapiro was asked to comment on the Dutch app Tikkie (and their new tool ‘Groupie’) by EditieNL on Dutch RTL.

From the TV interview:

“‘Going Dutch’ means to spilt the check. Did the concept originate in the Netherlands? Apparently so. I remember coming here 25 years ago, thinking ‘What’s so Dutch about that?’ And the common logic is ‘It proves Dutch people are cheap!’ It also proves that you’re practical. But indeed, when I split the check with Dutch people, they can be very precise.”

“I looked it up: the average amount for a Dutch Tikkie (payment request, like Venmo) is €37.70. There’s no rounding up, like ‘oh, let’s make it 38.’ NO: exactly 37 euros – AND 70 CENTS. Is that distinct about Dutch culture? I don’t know. Not all Dutch people are such mierenneukers. But there are quite a few. Mierenneukers. In America, we might say ‘nitpickers.’ But Dutch people prefer the term ant-fu**ers. It’s just a wonderfully Dutch term.”

From the online article:

“‘In America there is also a payment app [Venmo], but it is not often used for small amounts. That is something typically Dutch,’ says American/Dutch actor Greg Shapiro to Editie NL. ‘Such careful calculating, and down to small amounts? I only know that from the Netherlands. Like when one person did not order the appetizer, so they’re going to itemize their part of the bill.’

“According to him, reclaiming fuel costs is also something typically Dutch. ‘At the same time, it is true: everything is becoming more expensive. So such a small amount may be a bit ridiculous, but it makes sense now.’”

“Nice that Tikkie (the Dutch Venmo) now has a new function for groups. It’s called ‘Groupie.’ Never mind that the name Groupie is already taken. But maybe that’s the best example! If you and your 3 girlfriends want to go see a boyband, then one of you pays for the concert tickets, one pays for the bribe to get backstage, another pays for the hotel rooms, and the fourth pays for the pregnancy tests after.”

“Now that I think about it, if there’s one person who never orders the appetizer – it’s ME. Many times I’ve been out to eat with Pep and Andrew from Boom Chicago, and they want to order the menu to try a bit of everything. I’m the one who’s like ‘I’m on kind of a budget here.’ So I have to admit: when I go out to eat with a group, I’m the one saying ‘I’ve itemized my part of the bill.’ I’VE TRULY GONE DUTCH.” 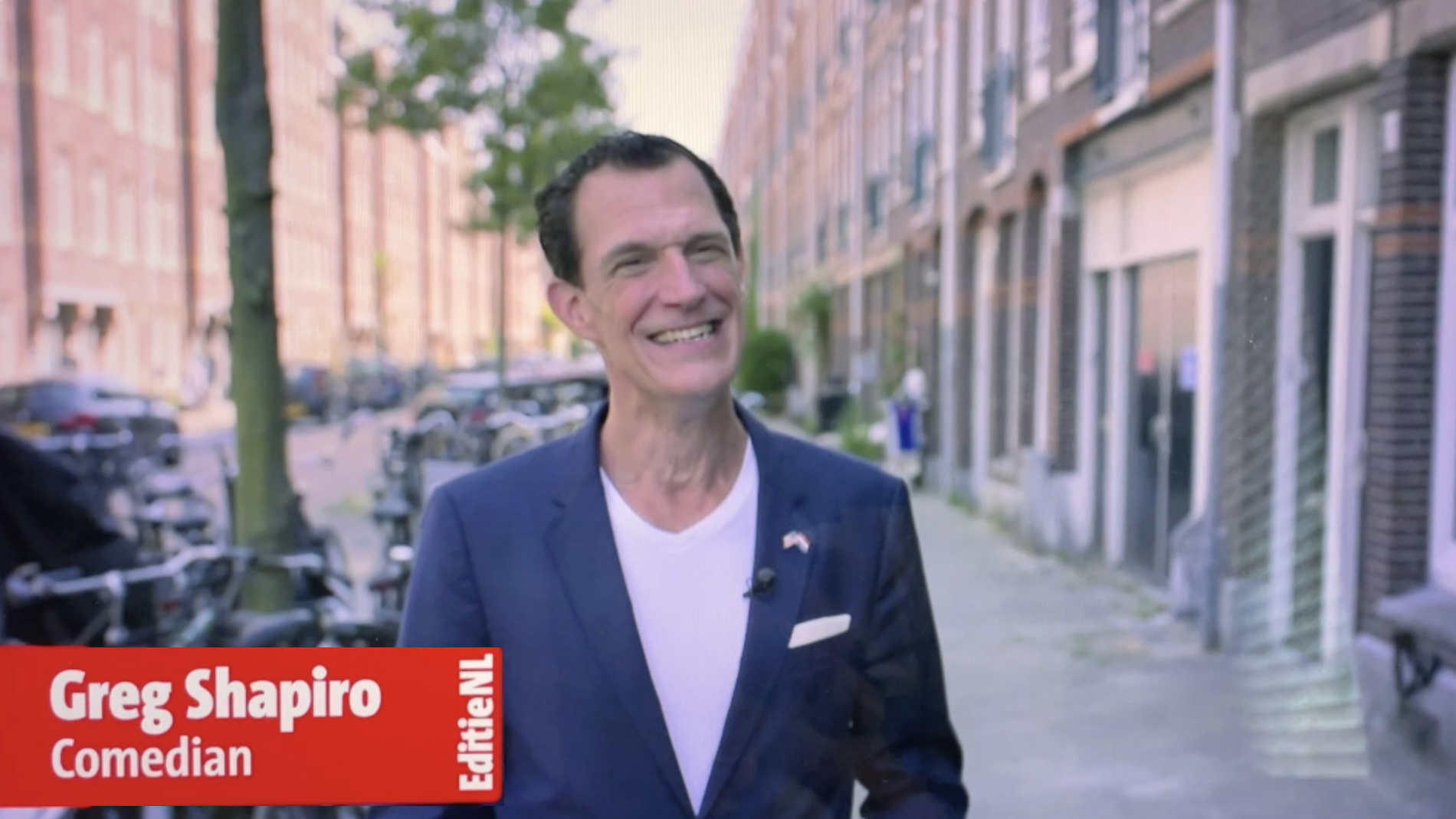 In Jan., 2022, Shapiro also got a call from EditieNL to comment on the Dutch tradition of Uitwaaien – aka ‘walking in the wind.’

Greg Shapiro on EditieNL “Come the Netherlands, We’ll Blow You Away”