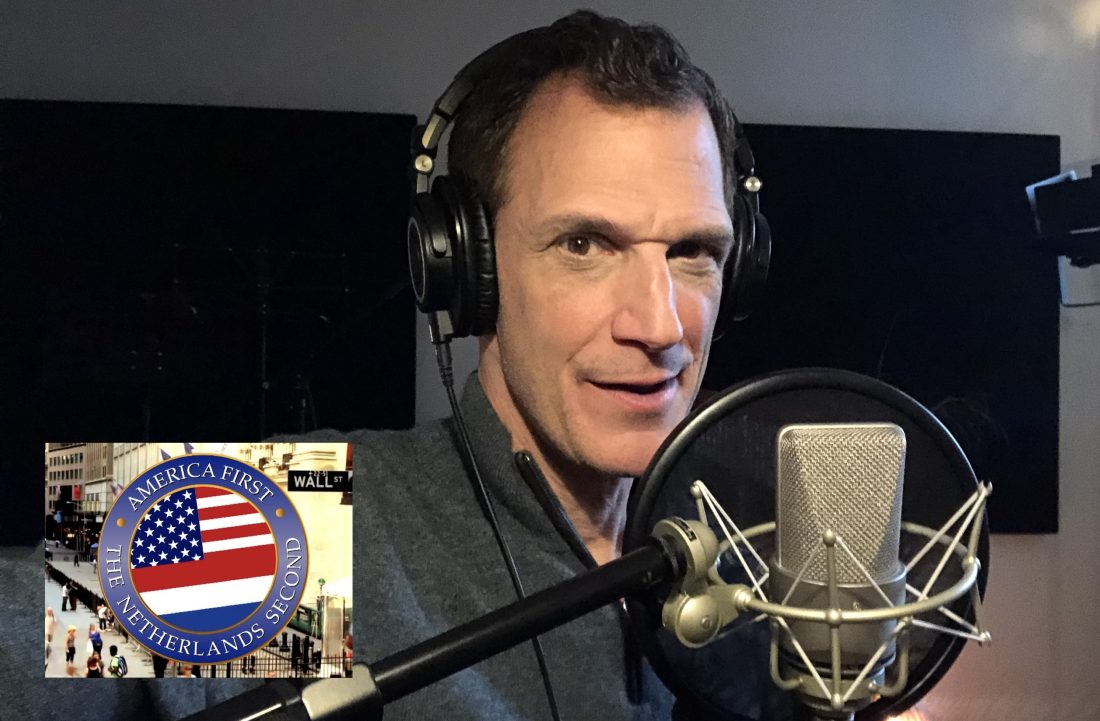 Many people know me as the voice of Trump in the ‘Netherlands Second’ video – which is great. But it’s also making me lose jobs.

So for everyone who has labeled me as ‘too comedic’ (business event), or ‘too crude’ (corporate video), here is an updated DEMO: ‘Greg Shapiro: Commercial and Character Voiceovers.’
Please note: ‘Commercial’ FIRST. ‘Character’ SECOND.

That’s all the time I had for the demo. But so you know, I’ve also done the following Voiceovers:

And last but not least. One of the first voiceover jobs I got in the Netherlands was back in 1994 for Gatorade. It was a tagline: “Gatorade. Because water just ain’t wet enough.” I gave it my most over-the-top, American DJ delivery. It was for a Dutch radio commercial, and it got a lot of airtime.

In 1999, I was getting ready to get married to a Dutch woman – when I mentioned I had done that Gatorade voiceover. She recoiled in horror: “That was YOU?” The marriage was almost called off.