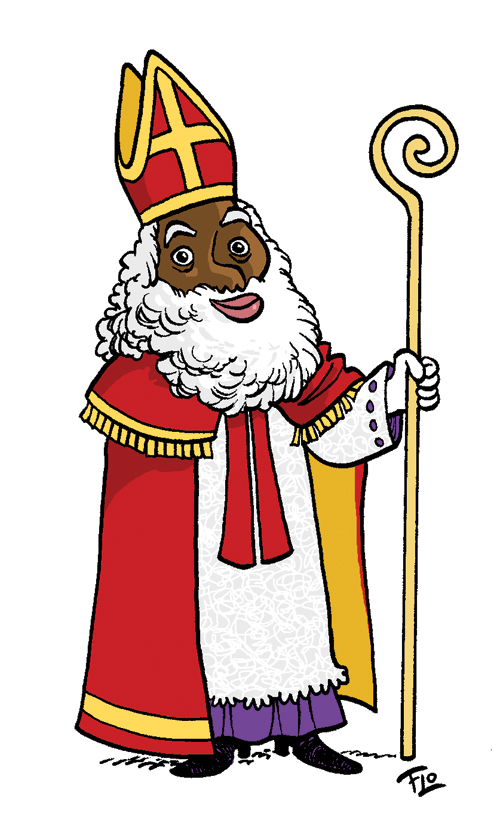 The following is an excerpt from Shapiro’s third book THE AMERICAN NETHERLANDER: 25 Years of Expat Tales, available internationally.

In 2013, the UN’s Verene Shepherd referred to the tradition of Zwarte Piet as ‘colonial.’ Her solution? She demanded that the Netherlands drop the entire Sinterklaas tradition, in favor of Christmas – a demand which is by definition ‘colonial.’ The Dutch backlash to Shepherd’s statement was intense! It was a perfect example of Dutch ‘Don’t tell me what to do!’ Veren Shepherd may as well have said, “From now on, you all have to be Catholic.”

2020 Is Different
But then in 2020, Prime Minister Rutte told parliament: “I have met many people with dark skin, who said they feel discriminated against because Zwarte Piet is Black. And that is the last thing that we want during the Sinterklaas celebrations.” Apparently, #BlackLivesMatter protests really do work. Before 2020, Mark Rutte’s attitude was: “I thought we exported all our racism to America when we sold them the slaves.”

I realize there are still Dutch people who find this topic to be upsetting. As Zwarte Piet fans continue to point out, the original Sinterklaas was not even Dutch. Saint Nicholas came from Myra in Turkey. And if Sinterklaas’ boat is supposed to come from Spain, then the dark-skinned Spaniards aboard are Moors, as in ‘from Morocco.’ So – however you feel about Zwarte Piet – don’t forget that the biggest holiday of the Dutch calendar is actually being run by a Turkish guy and a bunch of Moroccans.

Gregory Shapiro (b.1968) is a comedian, author and corporate speaker with 20 years of experience. He is currently touring the Netherlands with his solo show Leaving Trumpland, in which he says goodbye to the Trump voice he has done since the ‘Netherlands Second video’ from Zondag Met Lubach.