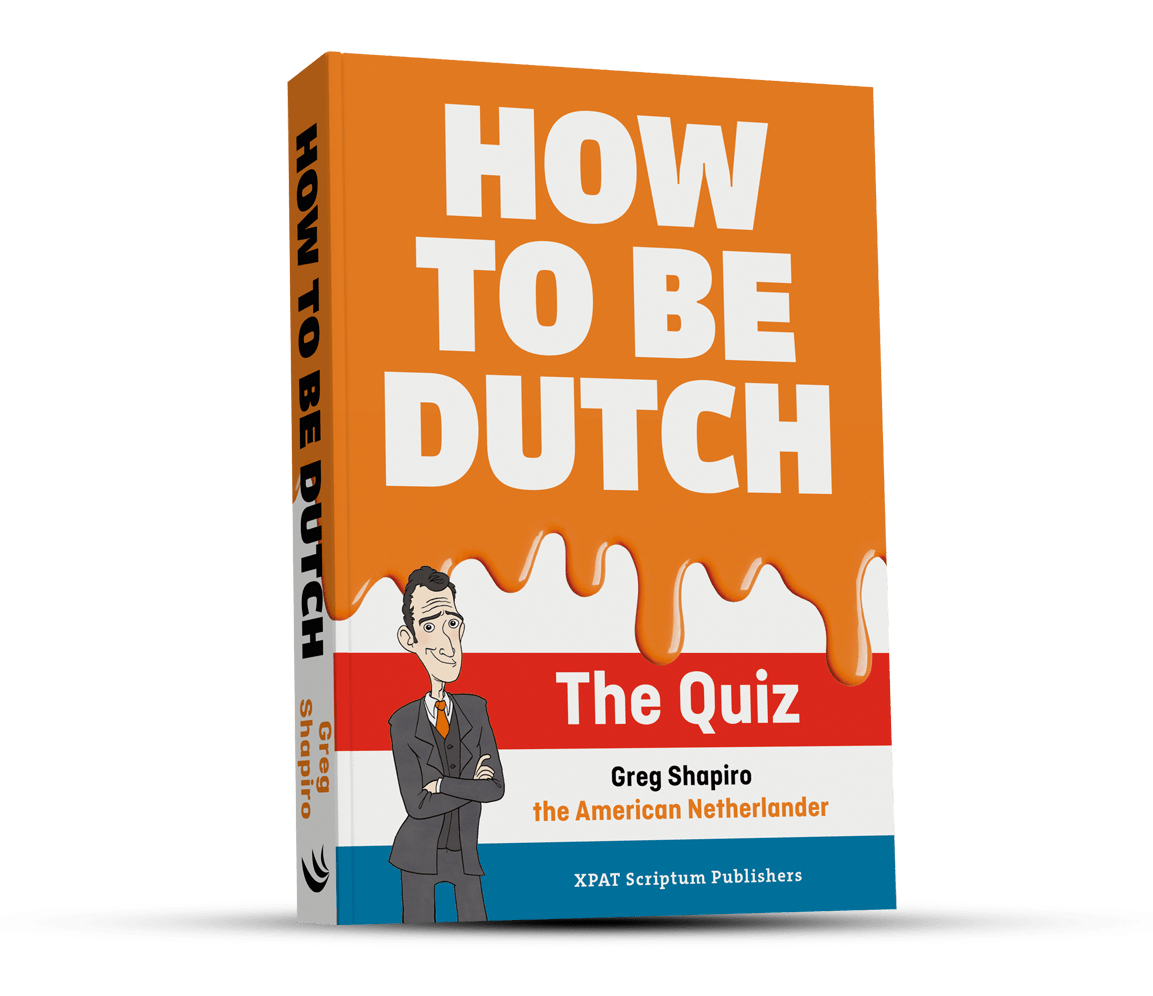 After the success of his book ‘How to Be Orange: An Alternative Dutch Assimilation Course,’ Comedian Greg Shapiro now writes the questions that SHOULD be on the Dutch Citizenship Exam. How to Be Dutch makes you redefine the Holland you thought you knew. Shapiro examines the dialogue from Pulp Fiction to ask: how many ‘little differences’ are now different? And he asks pressing questions, such as: ‘If Holland is the Drug Capital of the world, why is it so hard to get antibiotics?’

An example of one of his proposed questions:

Question 25: You want to apply for the Dutch Stadsregister. What should you bring?
A Your passport.
B Your passport and work permit.
C Every form of documentation you’ve ever had and another three you never knew existed.

Shapiro also takes on serious topics, such as: why is there so much talk about immigration when the real problem is the emigration of the highly-educated? And how does Dutch society produce such independent thinkers, when the education system only encourages children to ‘not stick their neck out?’

Greg Shapiro is a loud American, trying to fit into a tiny Dutch country. He originally came to work for a few months at a comedy theatre, but he met a Dutch woman and never managed to go back. Dutch people like to tease him for his loud voice, his awkward Dutch language skills and his Americanness. Greg has learned to beat them to the punch: he makes fun of his own country first. Then he makes fun of theirs.

DUTCHNEWS.NL: “An amusing look at the country and culture. Recommended.”

“A familiar face to many expats in the Netherlands, Greg Shapiro is an American comedian, writer, television presenter, vlogger and collector of Dutch peculiarities. As a resident of the Netherlands for over two decades, Shapiro has had ample opportunities to expand his collection of cultural idiosyncrasies, considered ‘normal’ by the Dutch and ‘absurd’ by everyone else. It is these cultural oddities that form the foundation for Shapiro’s professional life. How to Be Dutch, The Quiz is Shapiro’s latest book. It follows his 2014 book: How to be Orange: an Alternative Dutch Assimilation Course which tied in with the live show Shapiro was performing around the country at the time.

His new book is written as a quiz loosely based on the Dutch assimilation or inburgering exam. The quiz contains multiple-choice questions arranged under topics including Dutch fashion, cuisine, stereotypes, and health care. Selecting the correct answer is often difficult because all options can seem ridiculous yet totally plausible. A good example is: ‘While biking, you see a group of tourists edging toward the bike path ahead of you. When should you ring your bell? Ring as early and as often as possible / Dutch bikes don’t have bells / Wait until you are almost on top of them.’ (pg21)

…as questions touch on such sacred cows as Zwarte Piet, slavery and racism, Shapiro provides readers with the arguments and relevant history needed to gain insight into the Dutch culture. He doesn’t shy away from complaining, appearing foolish, or exposing the nonsensical. His comparisons are influenced by his own American background, a familiar standpoint for non-Americans thanks to decades of television and films. How to Be Dutch: The Quiz is not an anti-Dutch book. Instead it is an amusing look at the country and culture many migrants have chosen to be part of, whether on a temporary or permanent basis. Recommended for anyone looking for a fun, easy read or wanting to assess their own assimilation into the Dutch culture.

(The correct answer is C.)”

“I bought the book and I’m absolutely loving it. As a Dutch student surrounded by international students I feel this book has saved me more than once already in trying to explain and make fun of the Dutch.”
-Sebastiaan den Boer 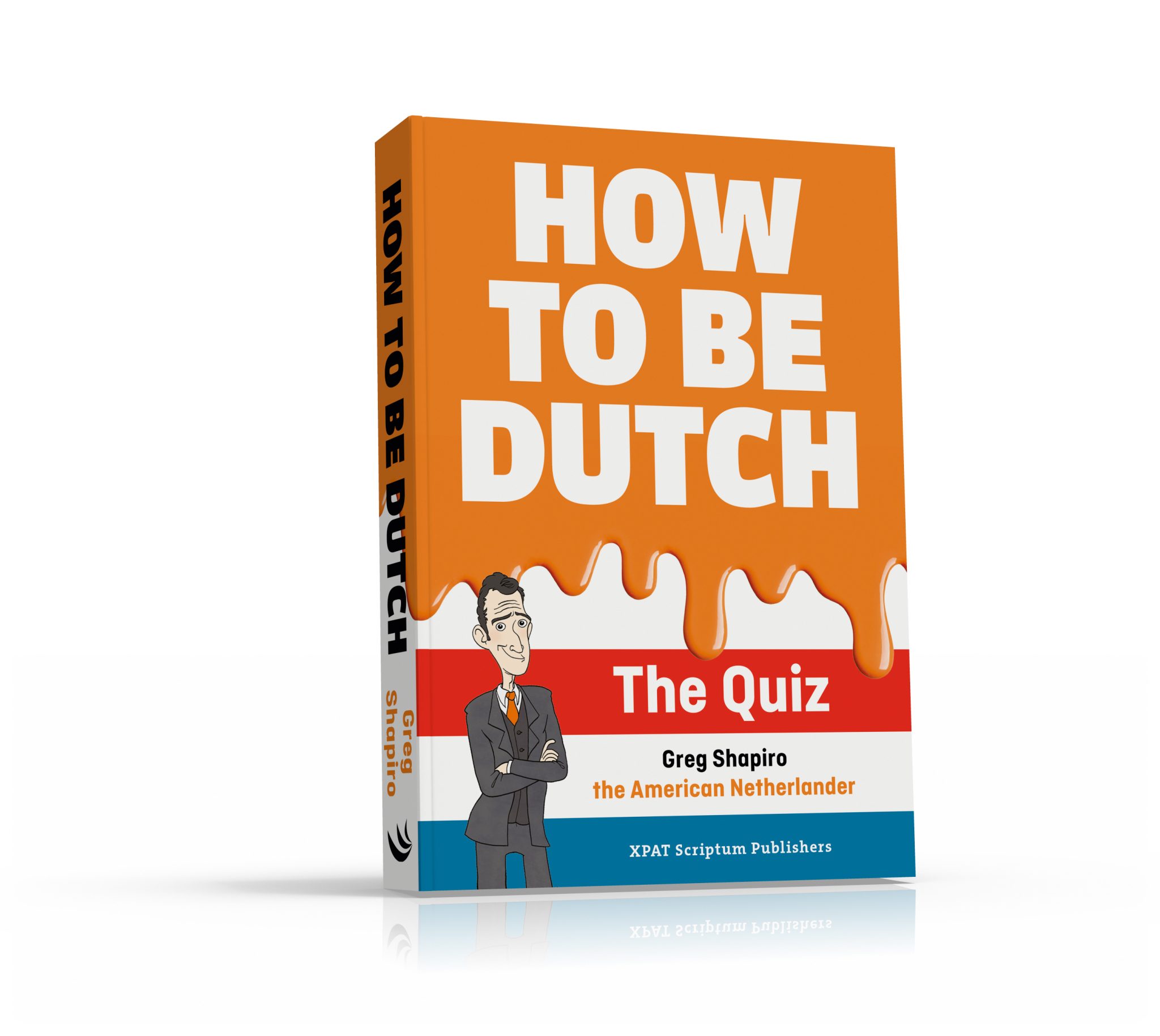 GREG SHAPIRO’S LATEST BOOK is an anthology of How to Be Orange + his second book How to Be Dutch: the Quiz.
https://gregshapiro.nl/new-book/

GREG SHAPIRO HOW TO BE DUTCH: THE AUDIOBOOK QUIZ on YouTube