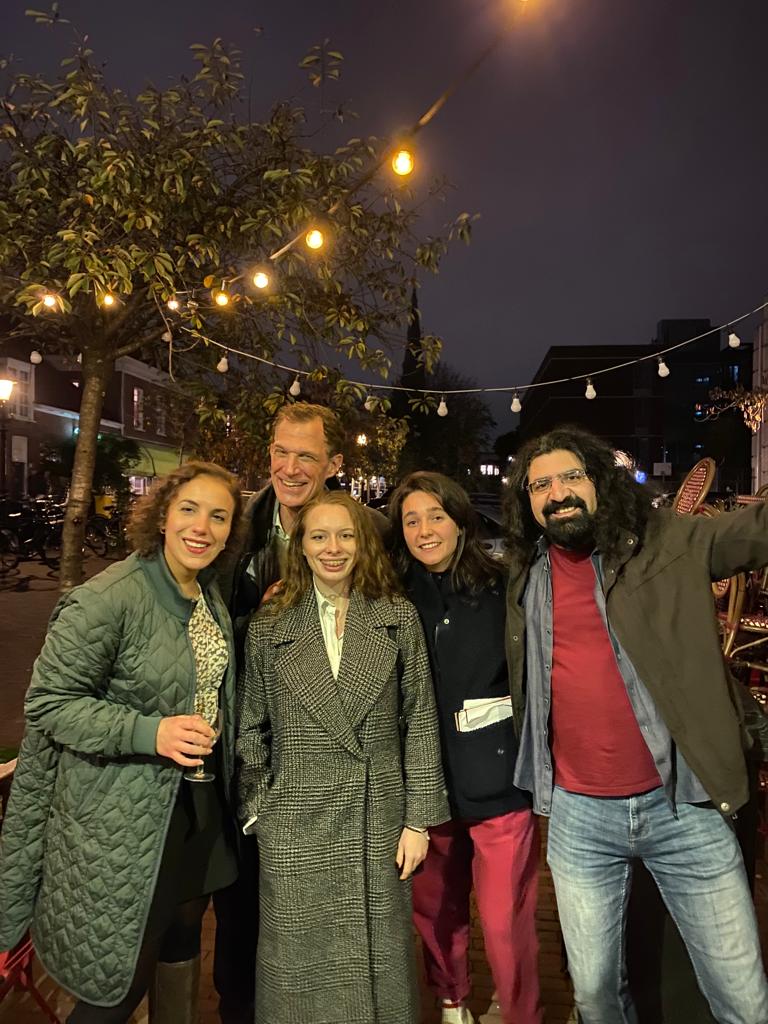 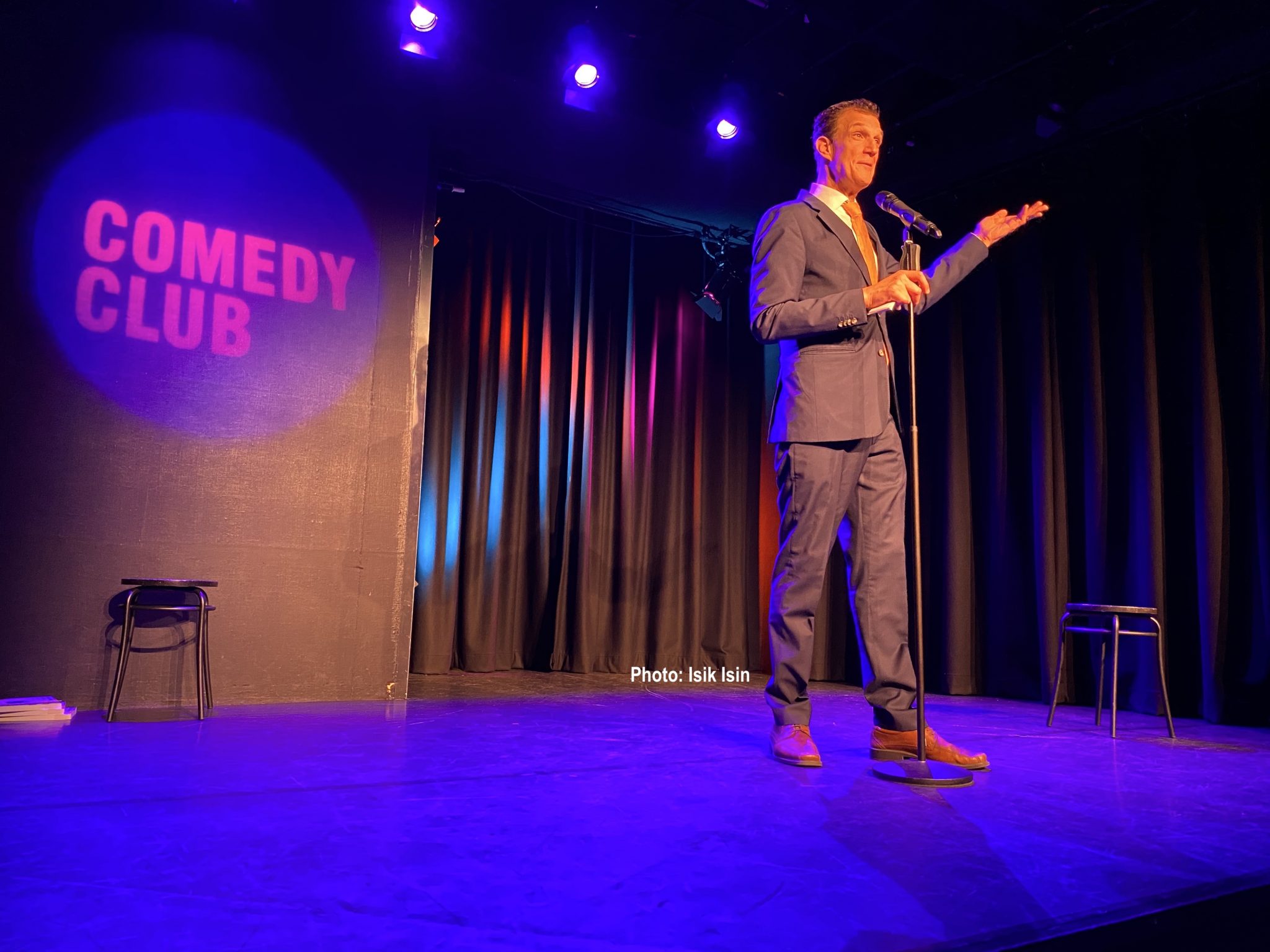 The English-language comedy scene in The Netherlands is developing so much comedy talent these days! For under 20 euros, you can easily see ‘Tomorrow’s Netflix Special’ comedians – before they start charging 75 euros per ticket. I am lucky enough to be programming one of these English comedy nights, in one of my favorite little spaces: Theater PePijn in The Hague. Normally reserved for solo shows and Dutch ‘cabaret,’ it is known among comedians as one of the best spaces to perform. 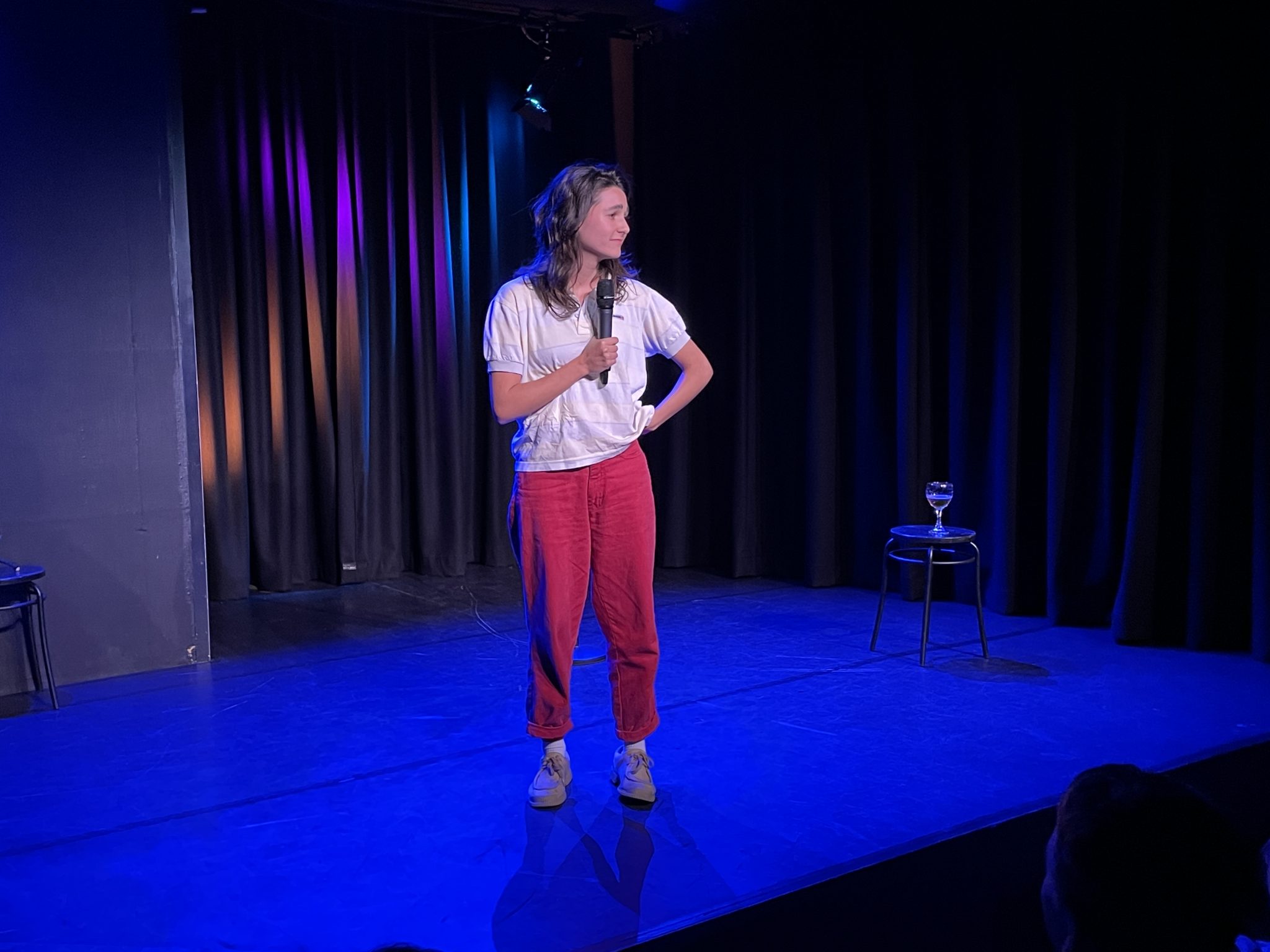 Lara started out as an international student in Amsterdam a few years ago. She developed her first solo show based on her unique blend of demographic categories: GRL/LATINX/DEF. “Girl, Latin American, and hard of hearing.” Lara plays up her triple ‘Minority status’ to great effect. Now she’s winning awards like the UK Funny Women Award and the coveted Best Newcomer Award at the Edinburgh Fringe Festival 2022.

Before Lara moves off to the UK – or the US – I managed to get her onstage for the November edition of PEPIJN’S COMEDY CLUB – IN ENGLISH.
WATCH (90 seconds):

Also featured in the November show

– Hermes Ahmadi. Afghan / Dutch comedian, known for his solo show You Might Be Here.
– La Hager – Egyptian / Dutch comedian, and female. She is a mainstay of the English comedy scene, particularly in The Hague.
– Lia Sulim – Ukrainian comedian – was in the New Talent spot. She is a recent immigrant, forced to flee from the invasion. She’s still working on her English, but her punchlines are killer. One to watch.
+ special thanks to Lia’s boyfriend ISIK ISIN for photos & videos!

Theater PePijn was established as a tryout space for the bigger names in Dutch theater and ‘cabaret.’ You can still find big name artists for a tiny little price, as they try out new material.

The next dates for PEPIJN’S COMEDY CLUB – IN ENGLISH

…are 12 January, 2023 + 13 April, 2023.
I’ll announce the comedians on the January lineup in December.
https://www.diligentia-pepijn.nl/agenda/4432/Various_Stand_Up_Comedians/PePijn%27s_Comedy_Club_But_in_English