After utterly failing to appear on Dutch TV reality shows like Wie Is de Mol and Expeditie Robinson, I have decided to take part in the biggest reality show of them all: Dutch politics.

In March of 2022, the Netherlands will hold nationwide local elections, and I will be appearing on the list for D66 in Amsterdam. Every candidate list has a leader at the top: the lijsttrekker (list-puller). My position on the list is more symbolic. I will appear at the bottom of the list – what is known as a lijstduwer (list pusher). Yes, I’m your pusher man.

Unlike other Dutch elections, the local elections (Gemeenreraadsverkiezingen) allow non-Dutch citizens to vote. And that is why Amsterdam D66 contacted me – to shamelessly exploit my connections in the expat and international community. To remind people – like you – you can vote! And you don’t have to vote for my party. There are a number of websites where you can answer a questionnaire to find out which party is right for you. (see below) As long as you vote!
After all, the D in D66 stands for Democrats. If you vote, I’m happy.

Why D66? Well, it started in 2014 when my friend Jan Paternotte (D66) asked me to join the team. Paternotte was actively supportive of dual citizens like me. He was also strongly pro-Europe (like me). So I said yes. Also, Jan helped promote my book, so I know he has excellent judgment and taste. 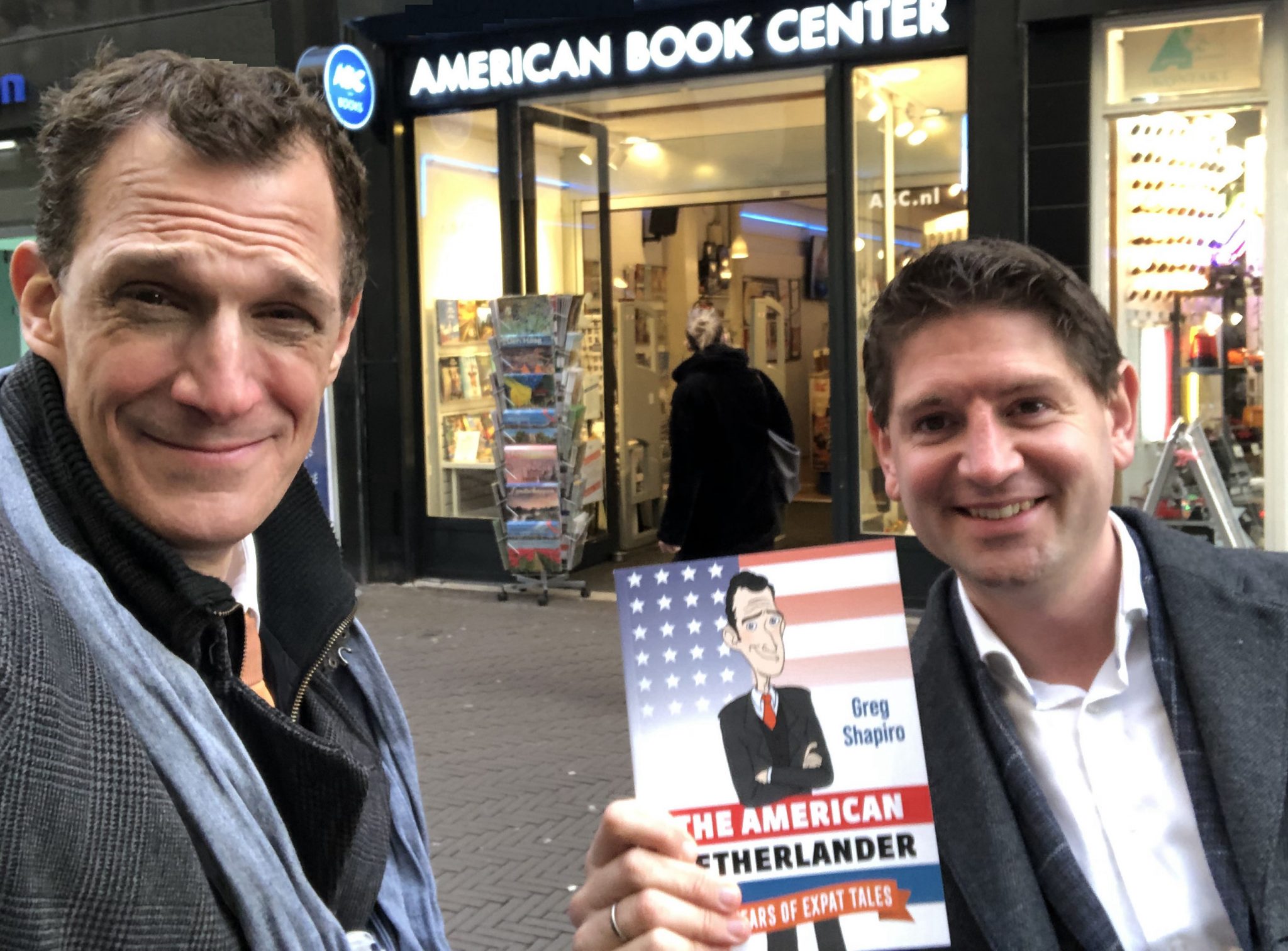 Since then, (since 2006 honestly) I’ve been known to help out on D66 campaigns. So much so that Amsterdam’s Het Parool describes me as ‘Expat à la Maison’ …
https://www.parool.nl/amsterdam/het-gevecht-om-de-stem-van-de-expat-is-begonnen-in-amsterdam~b48e0a9d/

…or ‘House Expat.’ Sounds a little bit like ‘House Elf,’ or worse… But I’ll take it. 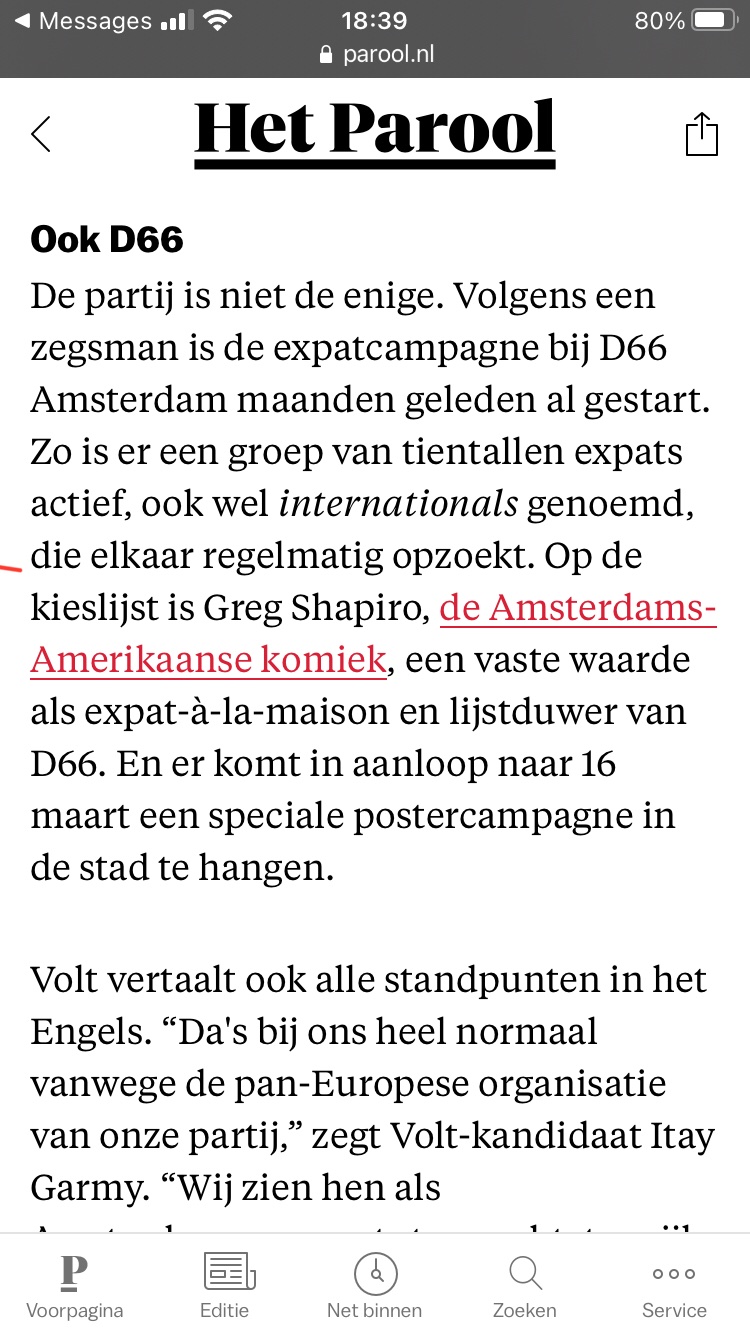 And here’s the questionnaire to determine which of the – way too many – parties is right for you.
|https://verkiezingen.stemwijzer.nl/