4 Stars for THE AMERICAN NETHERLANDER: 25 Years of Expat Tales
4 Great Reviews. Have a look… 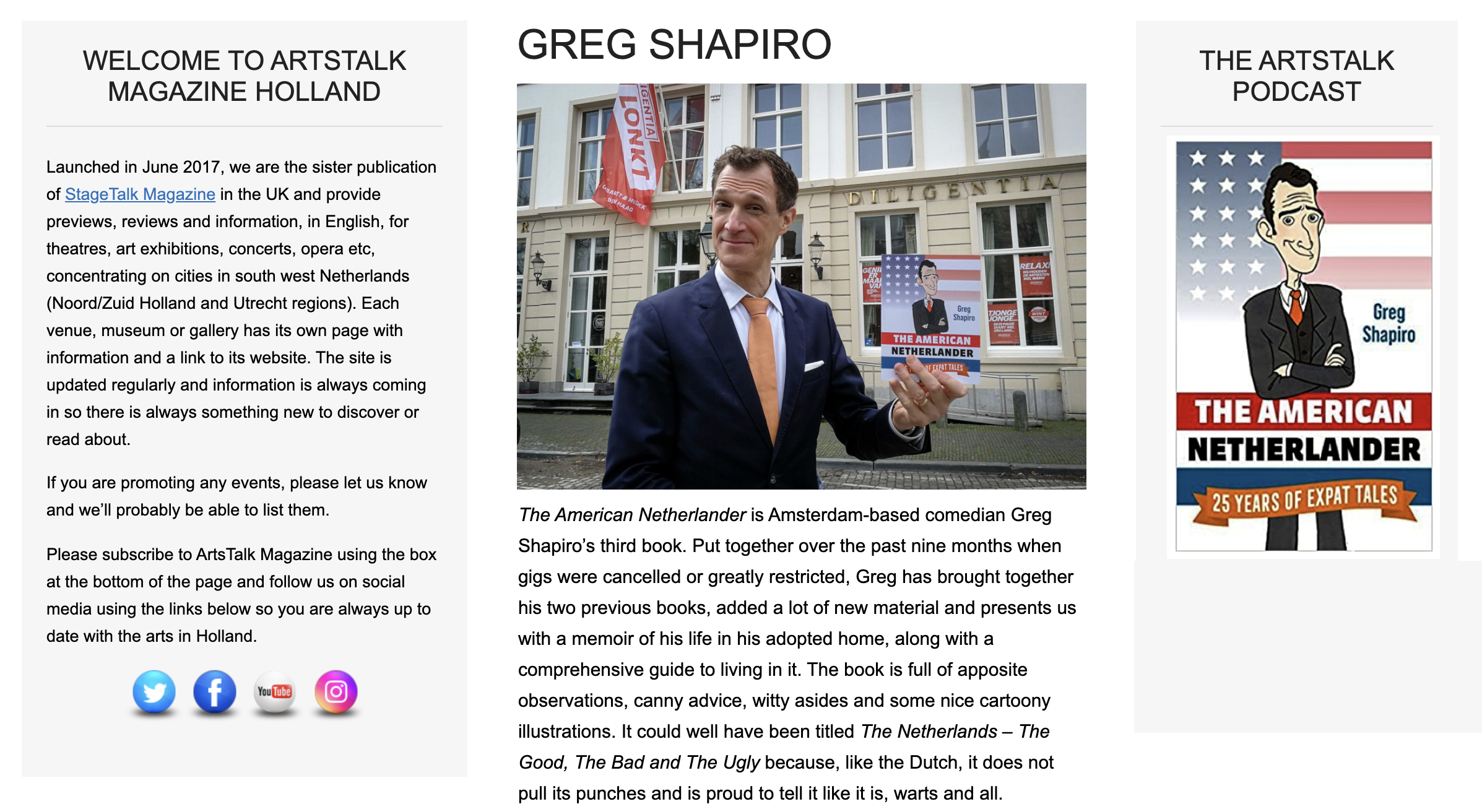 ‘The book is full of apposite observations, canny advice, witty asides and some nice cartoony illustrations. It could well have been titled The Netherlands – The Good, The Bad and The Ugly because, like the Dutch, it does not pull its punches and is proud to tell it like it is, warts and all.’ 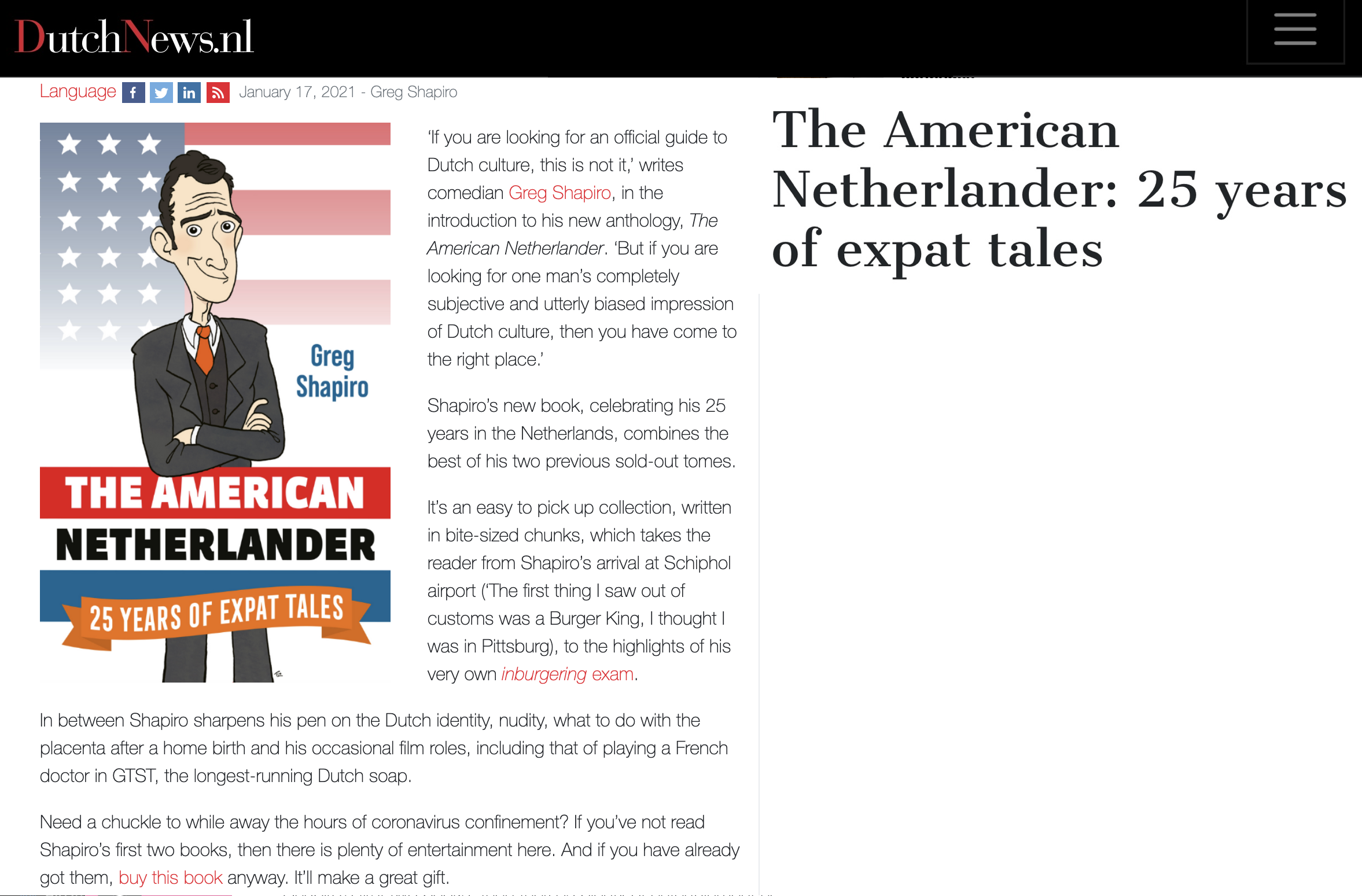 ‘Shapiro’s new book, celebrating his 25 years in the Netherlands, combines the best of his two previous sold-out tomes. It’s an easy to pick up collection, written in bite-sized chunks, which takes the reader from Shapiro’s arrival at Schiphol airport to the highlights of his very own inburgering exam. In between Shapiro sharpens his pen on the Dutch identity, nudity, what to do with the placenta after a home birth.’ 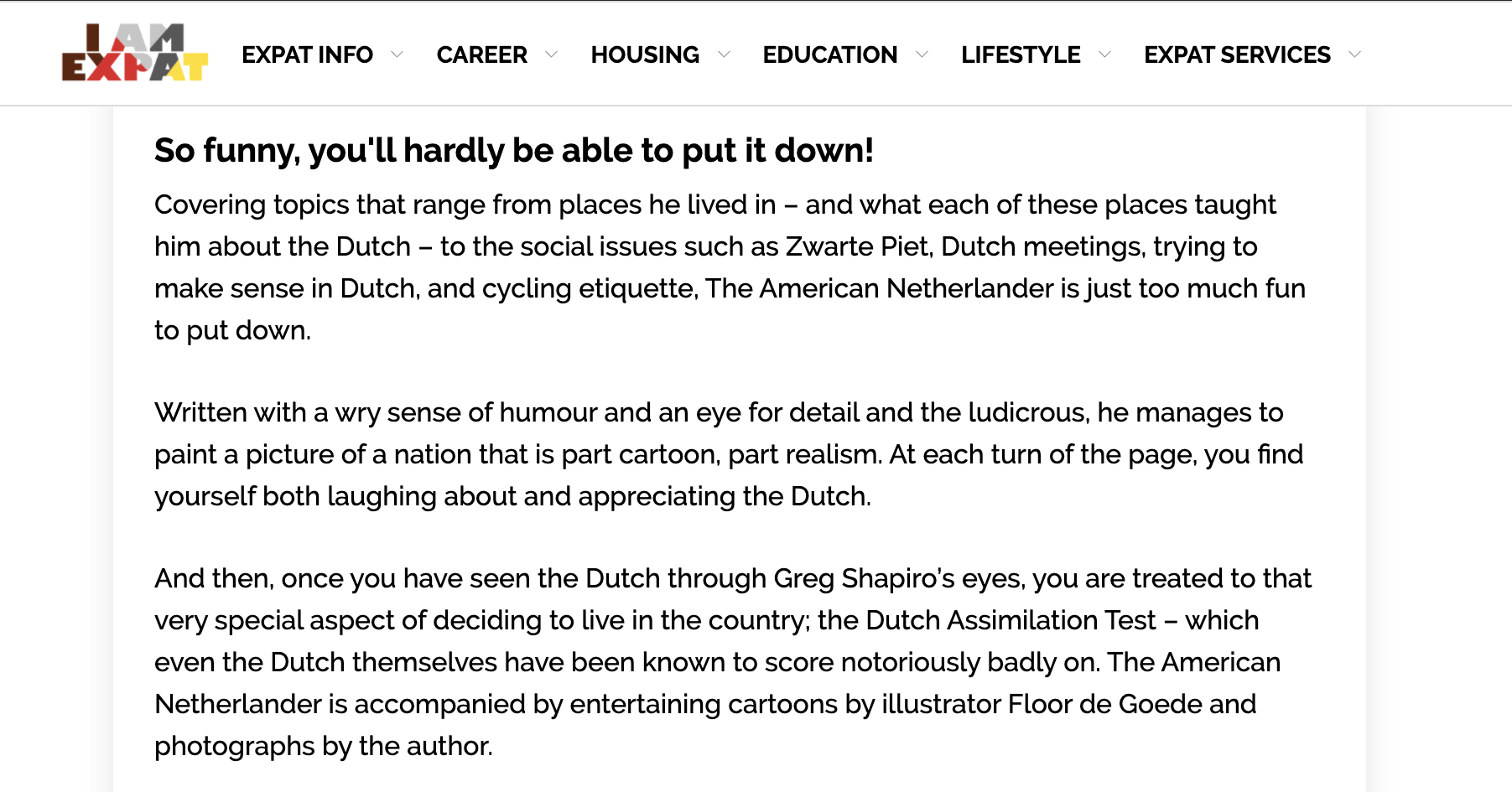 ‘Written with a wry sense of humour and an eye for detail and the ludicrous, he manages to paint a picture of a nation that is part cartoon, part realism. At each turn of the page, you find yourself both laughing about and appreciating the Dutch.

And then, once you have seen the Dutch through Greg Shapiro’s eyes, you are treated to that very special aspect of deciding to live in the country; the Dutch Assimilation Test – which even the Dutch themselves have been known to score notoriously badly on.’ 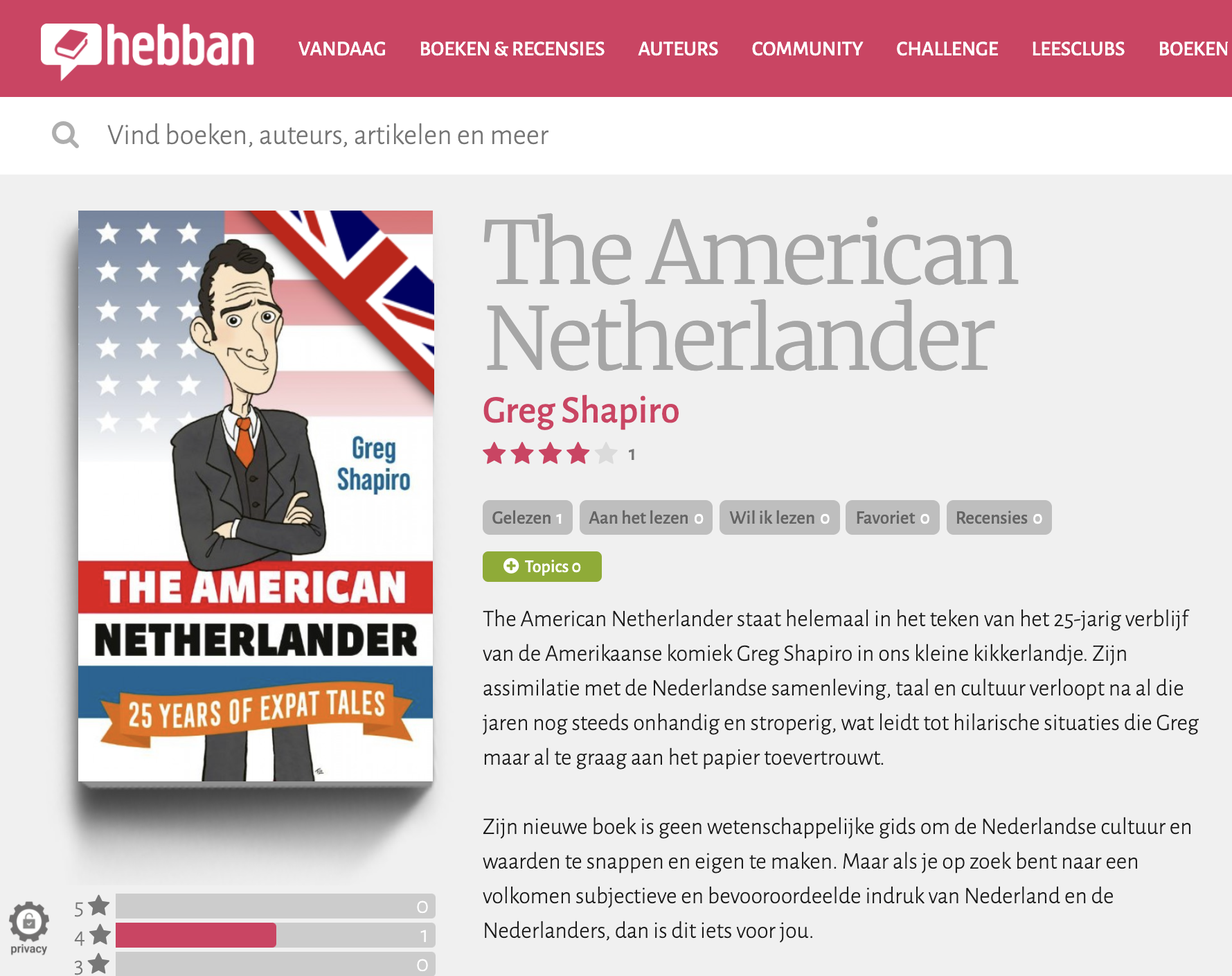 ‘After all these years, his assimilation with Dutch society, language and culture is still clumsy and messy, which leads to hilarious situations that Greg is only too happy to entrust to paper.’

LINKS TO FULL REVIEWS CAN BE FOUND HERE: