HOW DUTCH ARE YOU?
by Giulia Quaresima
(ACCESS magazine, April 2021)

Greg Shapiro’s The American Netherlander, with its sense of humour and sharp eye for detail, is a good starting point to understanding life as an international in the Netherlands. The author is an American comedian, a member of comedy group Boom Chicago, presenter of Comedy Central News, and author of two books now collected together in The American Netherlander: 25 Years of Expat Tales.
This book tells the story of Shapiro’s personal cultural adventure and assimilation in the Netherlands, from when he first arrived 25 years ago and stayed for love. It is not a scientific guide, but a manual to understand and familiarise yourself with the country, using the author’s personal anecdotes for a subjective and hilarious point of view.
Shapiro tackles Dutch common sense, a pragmatic approach to problem solving, openness and tolerance, multiculturalism, politics, education, and even customer service. While his personal experiences really bring out the humour and irony, he also shows understanding. For instance, the renowned ‘Dutch directness’ is really brutal honesty that isn’t intended to hurt feelings.
Shapiro uses paradoxes and oxymorons in Dutch culture: How can Dutch identity be so independent-minded, yet also so obsessed with consensus? How can Dutch identity be so liberal and open, yet also so Calvinistic and conformist? How can Dutch identity be so proud, but then be so quiet about it? “Dutch police won’t stop you for having an un-helmeted ba by strapped to the front of your bike, like a human shield. In fact, Dutch police won’t stop you if there is a kid on the handlebars, one on the crossbar, two on the back rack, and another one standing on top of those for a playdate. But if they’d been riding at night without a light? That’s a fine of €50.”
The second part of the book is a Dutch assimilation test, a collection of all the questions that should be included in the inburgering exams. According to Shapiro, these reveal more than the exam ever intended.
Give it a try and see how Dutch you are! 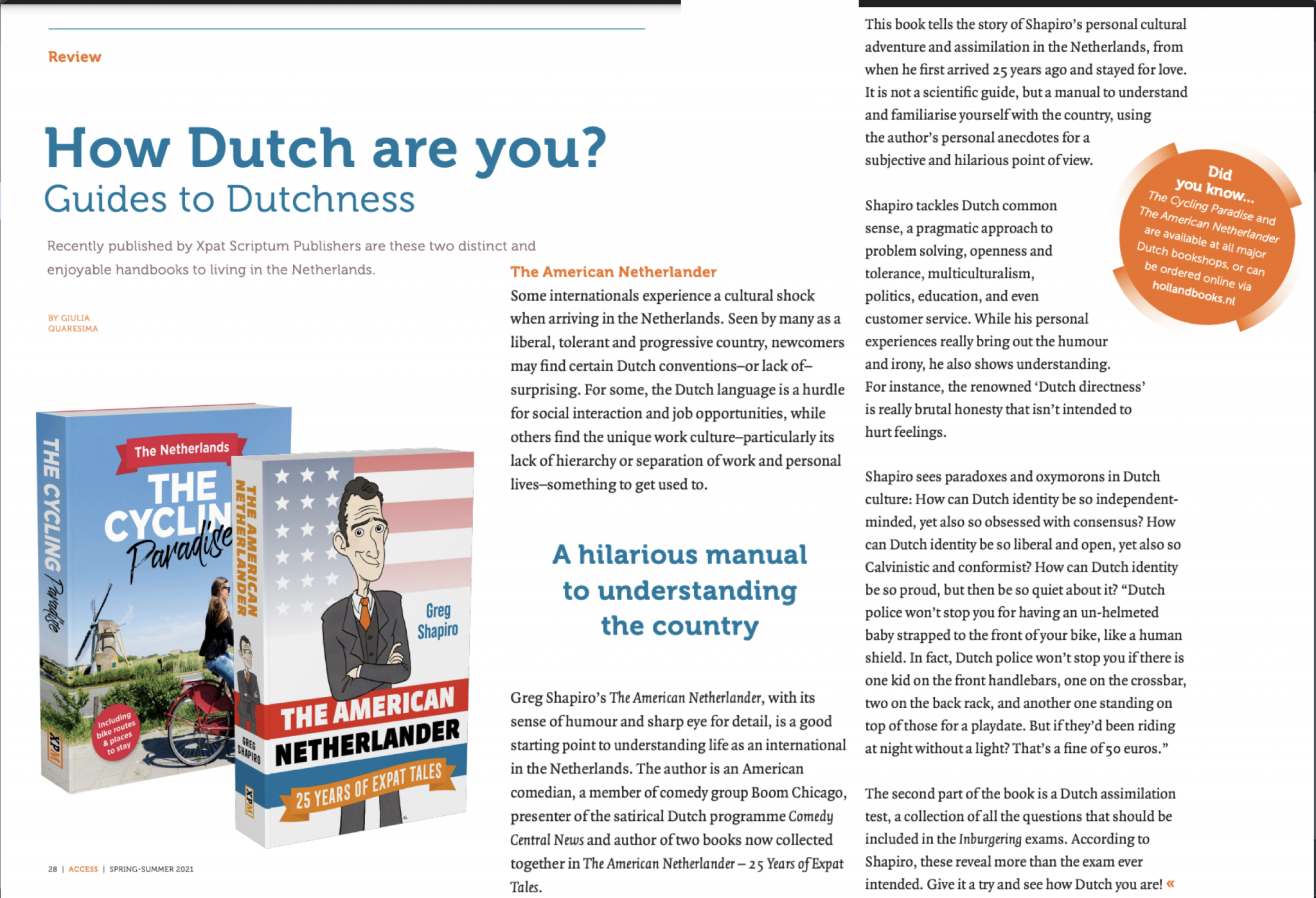