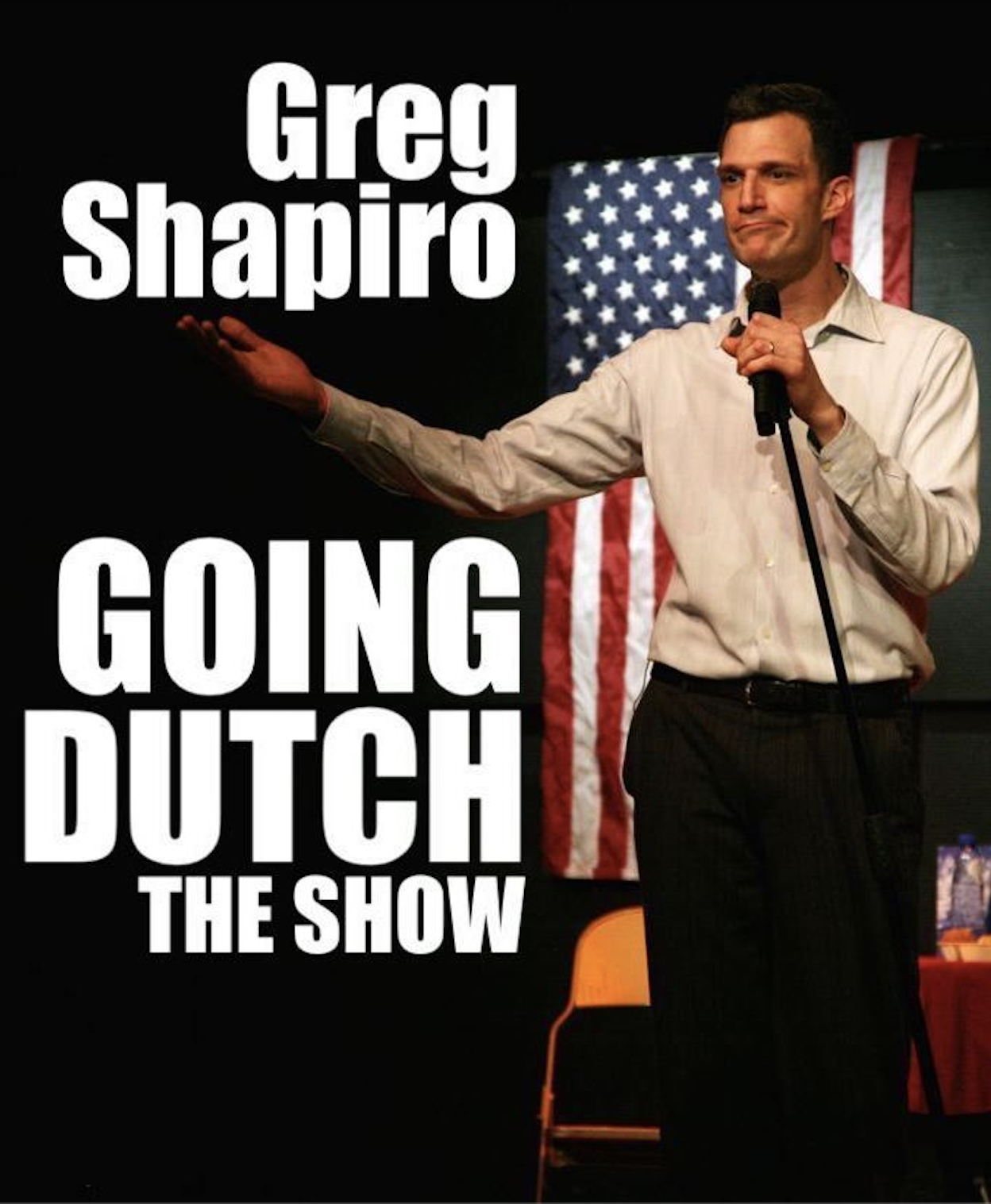 Here, Shapiro shares some of the embarrassing-but-true details of his assimilation into Dutch culture. He shares the lessons he learned about Dutch tolerance during his assimilation course with classmates in headscarves. He shares the extreme culture shock of watching his two children being born at home on the bed. And he tells about a woman breastfeeding on the back of a bike. 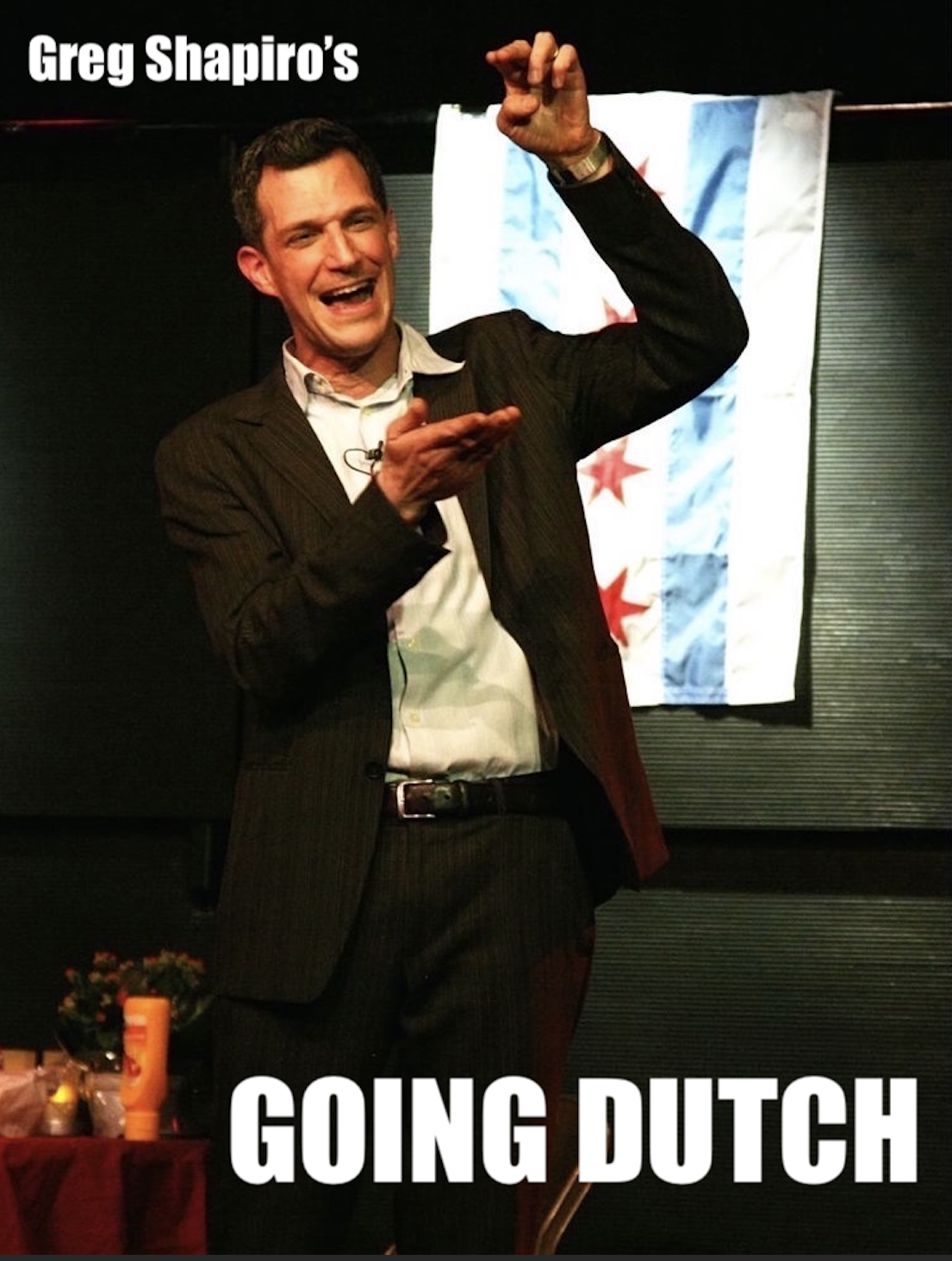 ‘Greg Shapiro’s Going Dutch’ was performed in Amsterdam and in Chicago, once for the Chicago Improv Festival and once for the Dutch Consulate’s ‘Meet the Dutch’ program, performed at Second City Theater.

Shapiro deals with the culture shock of leaving one’s homeland – specifically America. In comparing Dutch politics with American politics, Shapiro reveals how some of the teachings in his Dutch assimilation course were not exactly accurate. Shapiro deals with Dutch stereotypes such as Dutch bikes, Dutch tolerance, Dutch sexuality – and for good measure he proves his Dutchness by gulping down huge portions of mayonnaise with his French fries.

Greg Shapiro is an enthusiastic convert to Dutch culture. He even encourages Dutch people to share the many answers they have to world problems, such as:
Climate Change. Most of the Netherlands is under sea level. Dutch people are like “So what? We’ll just make more land.” Share your knowledge, Netherlands!
Credit Crisis. How can America learn to adjust to ‘Post-Empire’ status? Just look at the Netherlands.
Happiness Index: Dutch people complain a lot, but survey after survey show they are statistically some of the happiest in Europe. Maybe complaining is good!

GOING DUTCH FORMED THE BASIS FOR GREG SHAPIRO’S BOOK HOW TO BE ORANGE
https://www.goodreads.com/en/book/show/19308793-how-to-be-orange