Greg Shapiro ‘How to Be Dutch’ at NBTC Netherlands Board of Tourism & Conventions
3 June, 2021

As the Corona rules loosen, it’s time to ask: What is the future of conventions and events? Back to Live and In-Person? More online? A bit of both? Will conventions and events ever be the same? The NBTC organized an online event in early June. As it happened, it was right before Step 3 of Loosening the Dutch Corona restrictions. So, if they had rescheduled by a few days, then they could have had up to 50 people in a live audience. !
The fact they did NOT reschedule perhaps proves their point: the role of online and hybrid events is here to stay.

As it happened, I was glad they went with the online setup. The stage was inspired by the TV show Even Tot Hier, with the audience projected onto an enormous back wall. So yes, I could see the audience on two big monitors under the livestream camera. And also the audience could see themselves behind me. Okay, maybe it’s not a great recipe for laughs – being able to see yourself and get self-conscious every time you laugh. But I got laughs anyway!

I was asked to give a reading from my book The American Netherlander: 25 Years of Expat Tales. It’s a module I like to call ‘Culture Shock Therapy.’ And we had a ‘bubble’ set – everyone on set had to have a negative Covid test. And between the speakers and the crew, there were just enough live bodies to be able to play to audible laughs.

Thanks to Host Sophie Hoytema for recommending me for the gig. Thanks to Producer Paul Gruijthuijsen for making us look great. Thanks to the location CitySense in Utrecht. And thanks to NBTC’s Eric Bakermans for having me – and for making the photos of my performance! 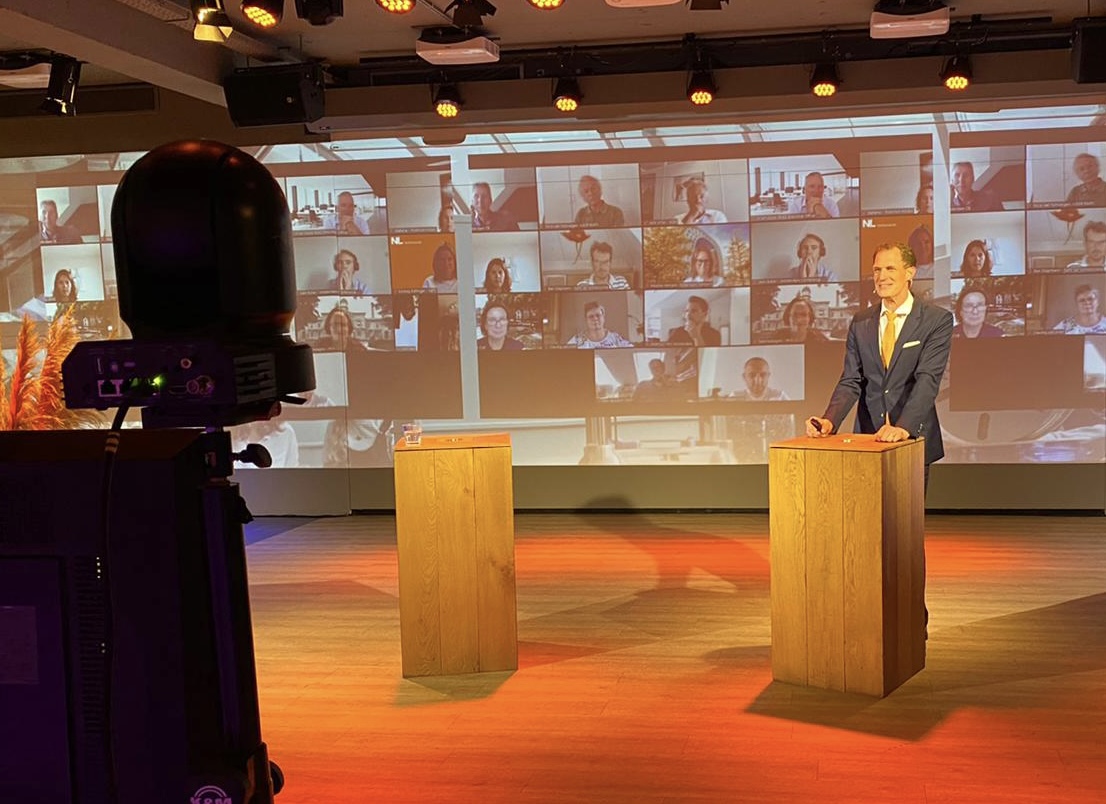 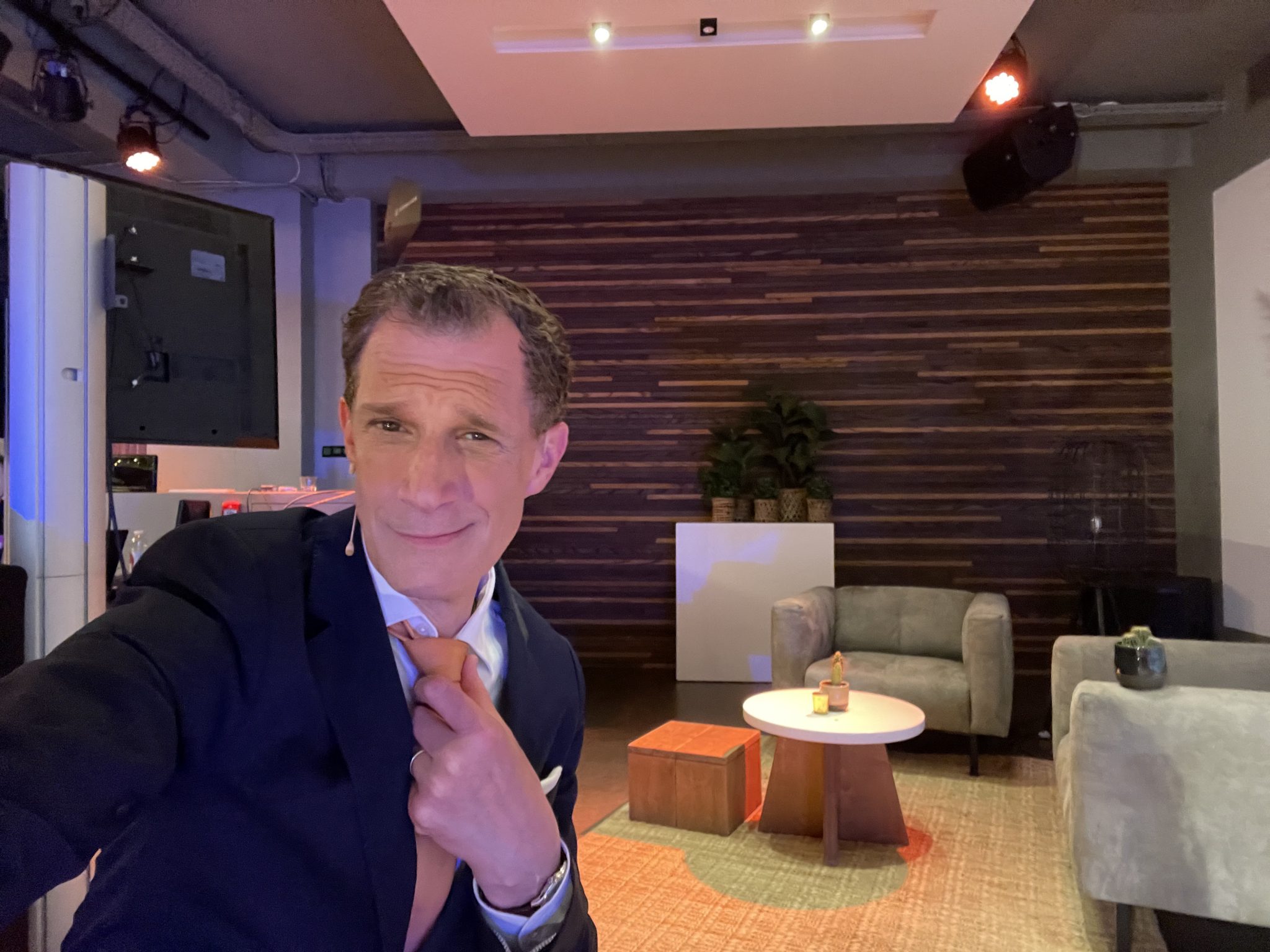 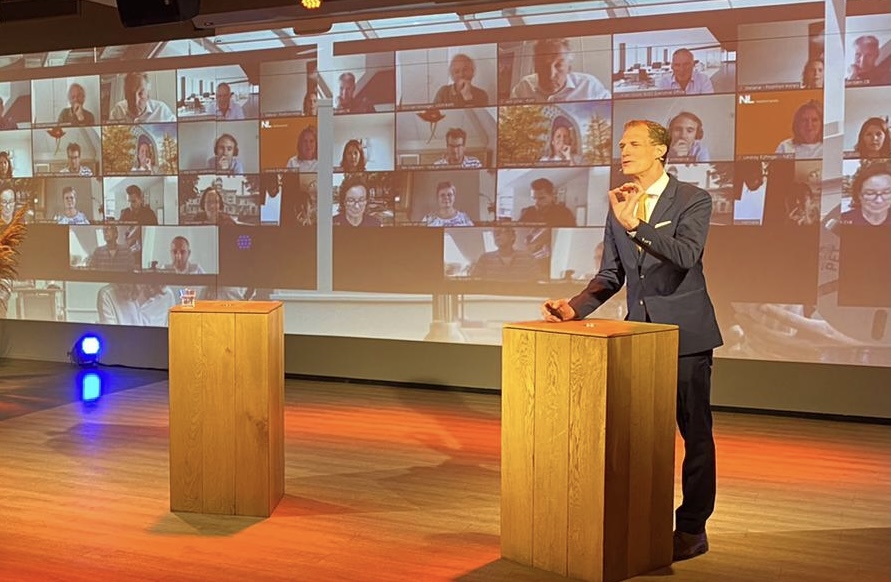 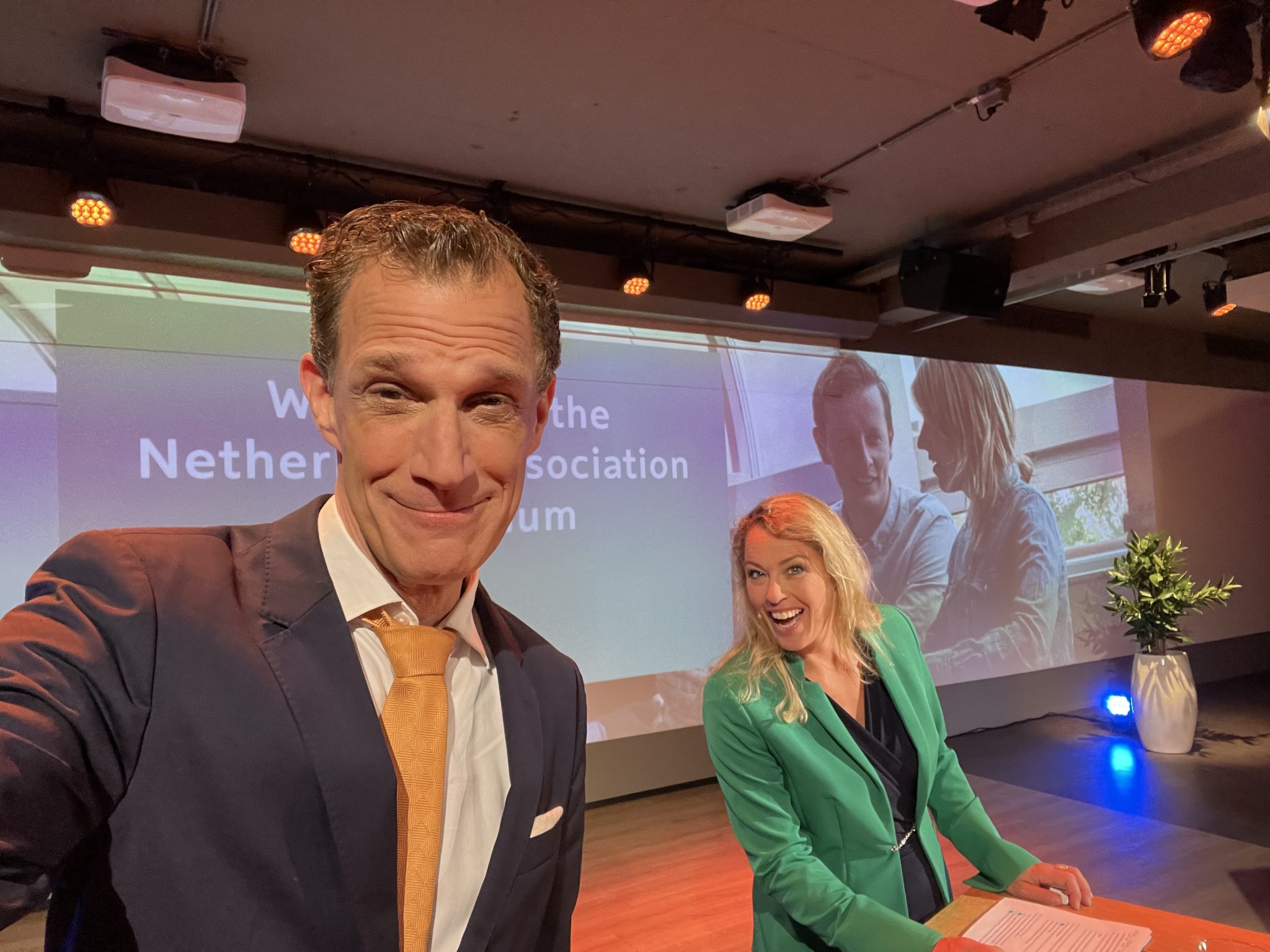