Welcome to a gallery of Greg Shapiro press appearances. 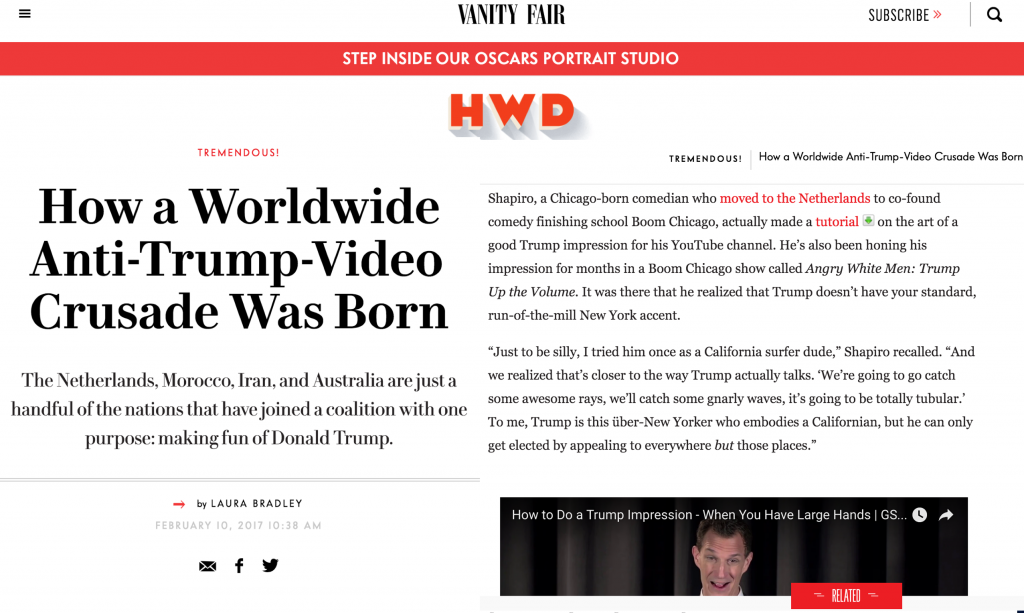 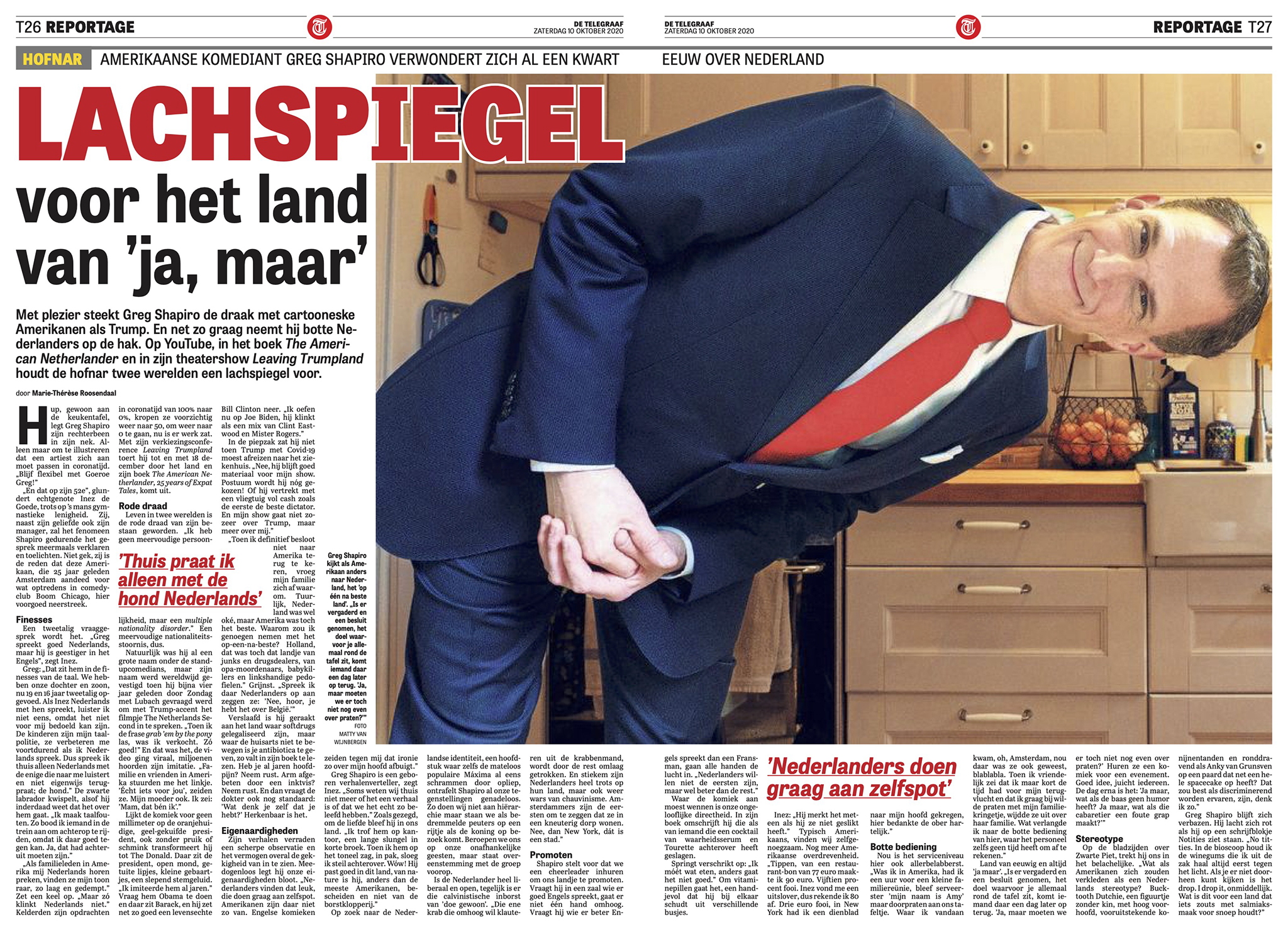 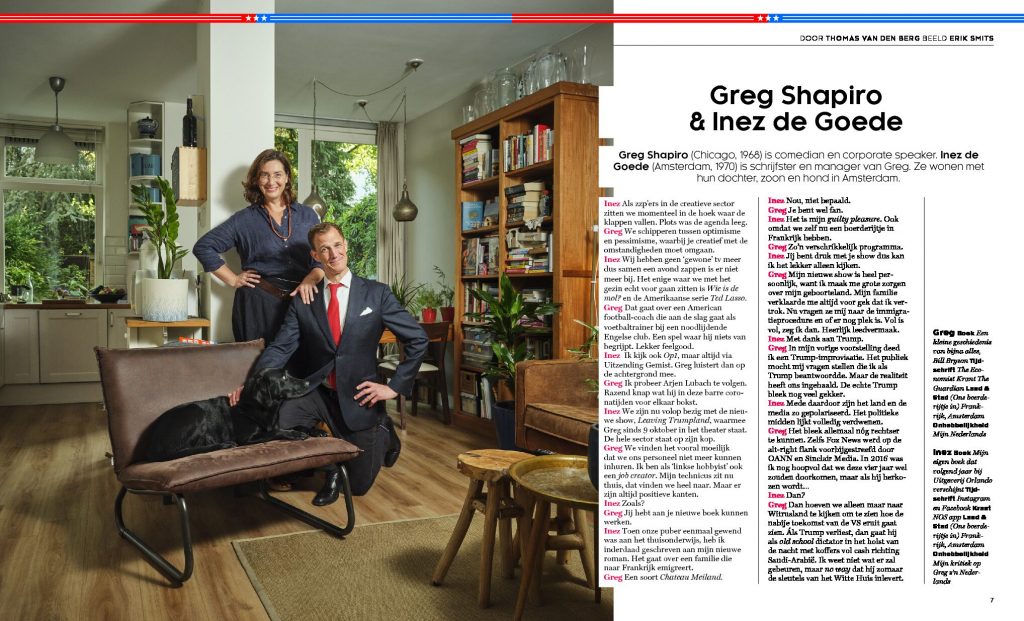 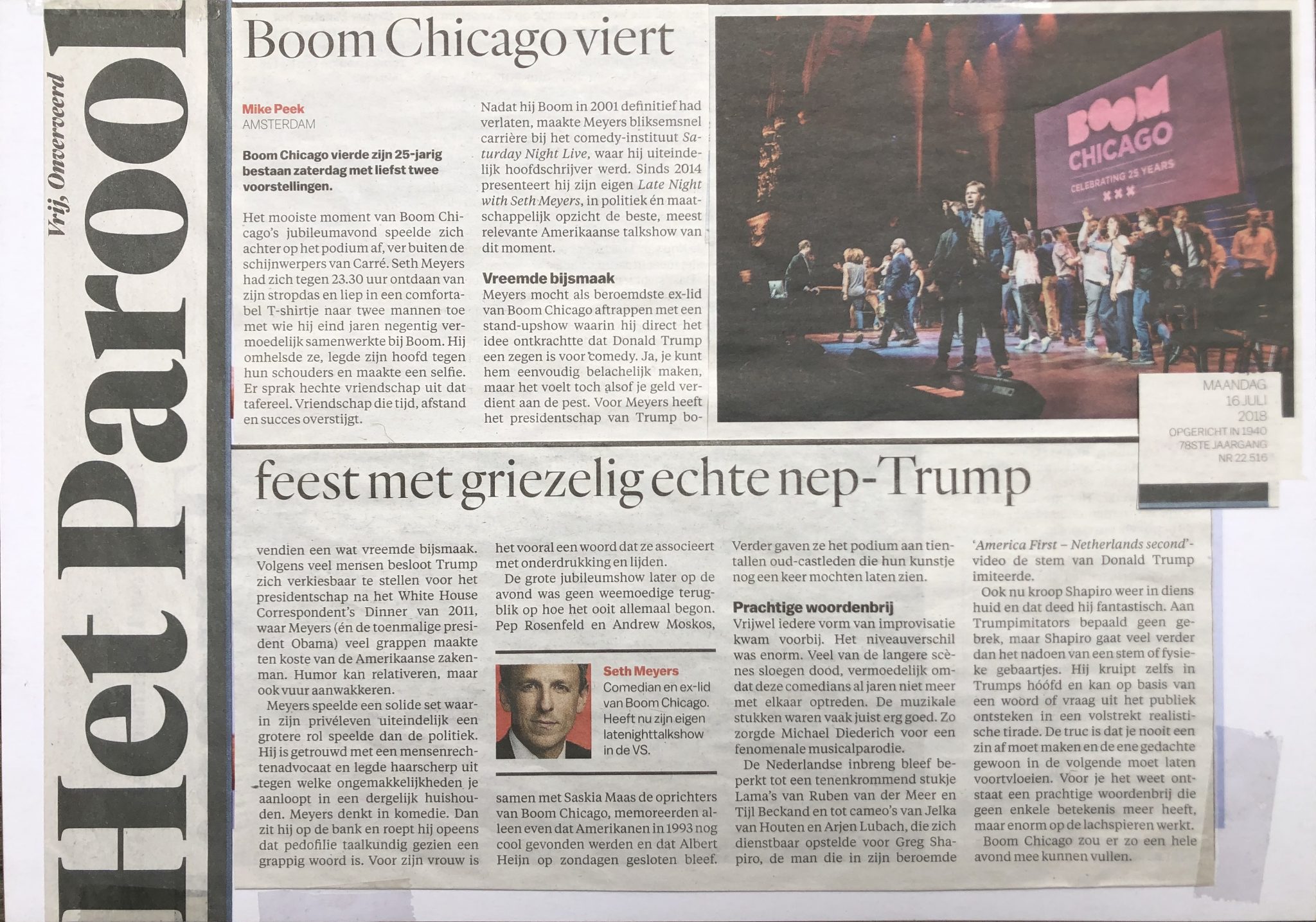 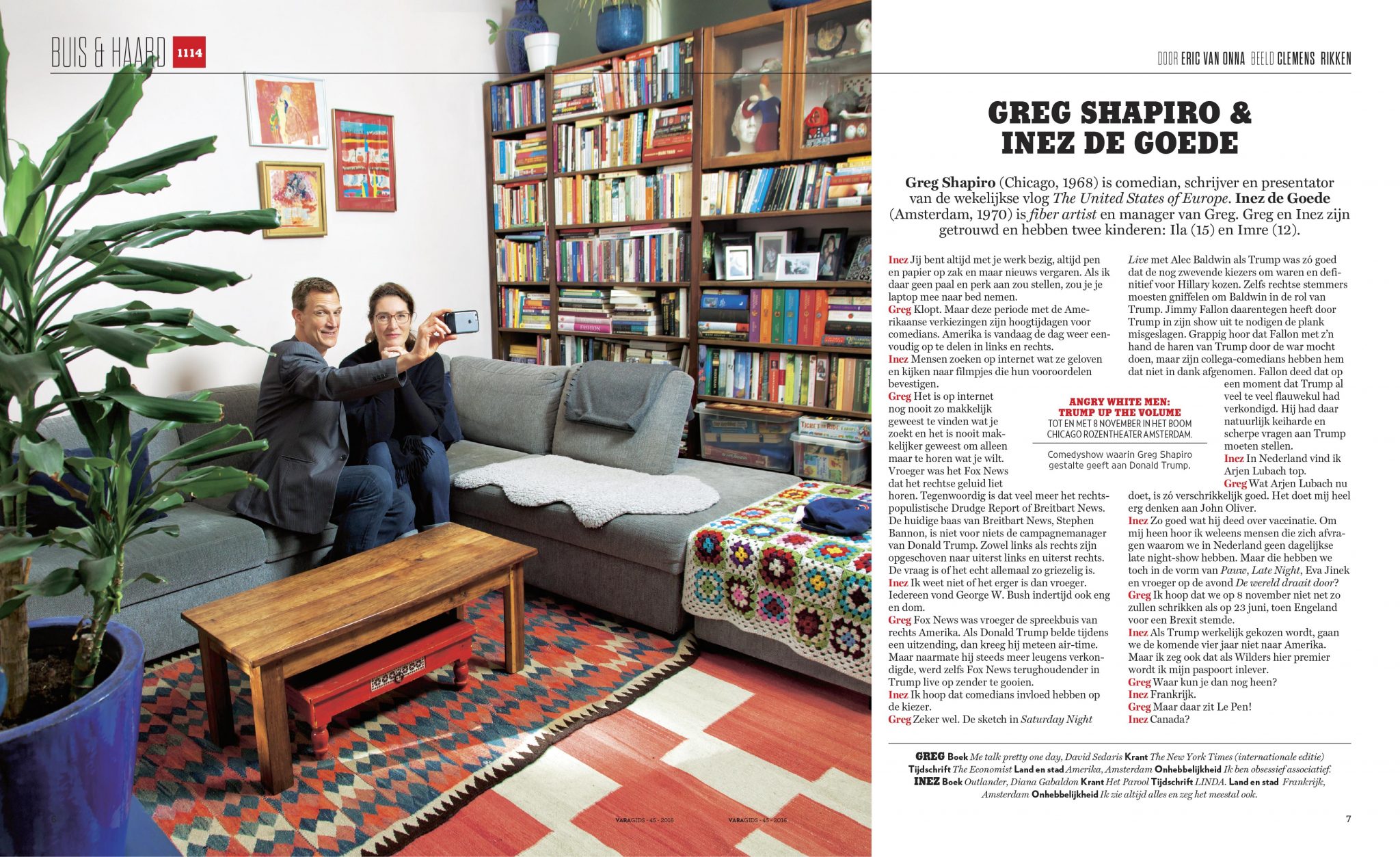 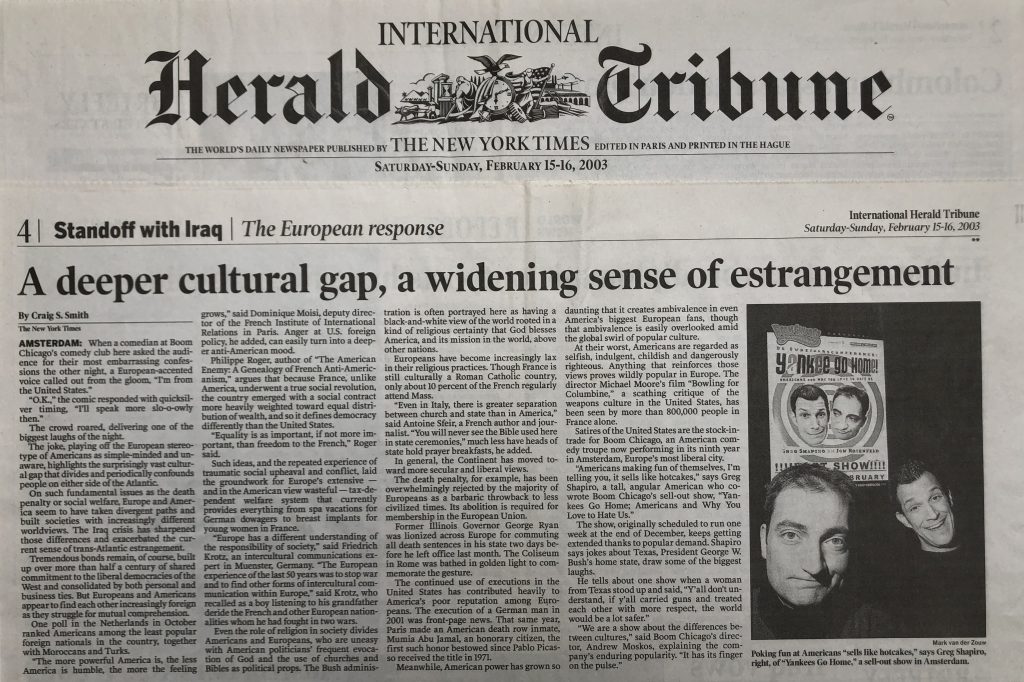 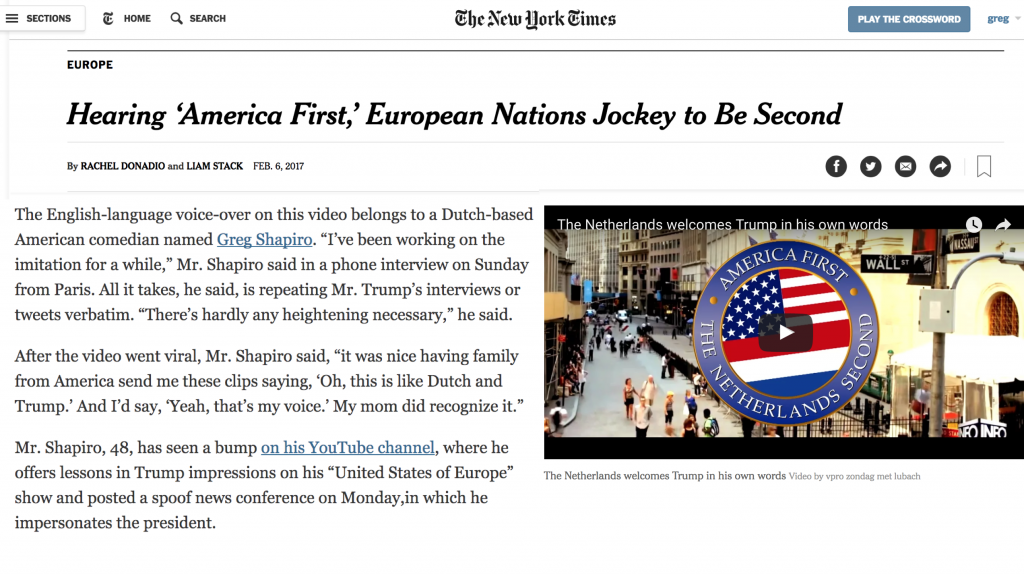 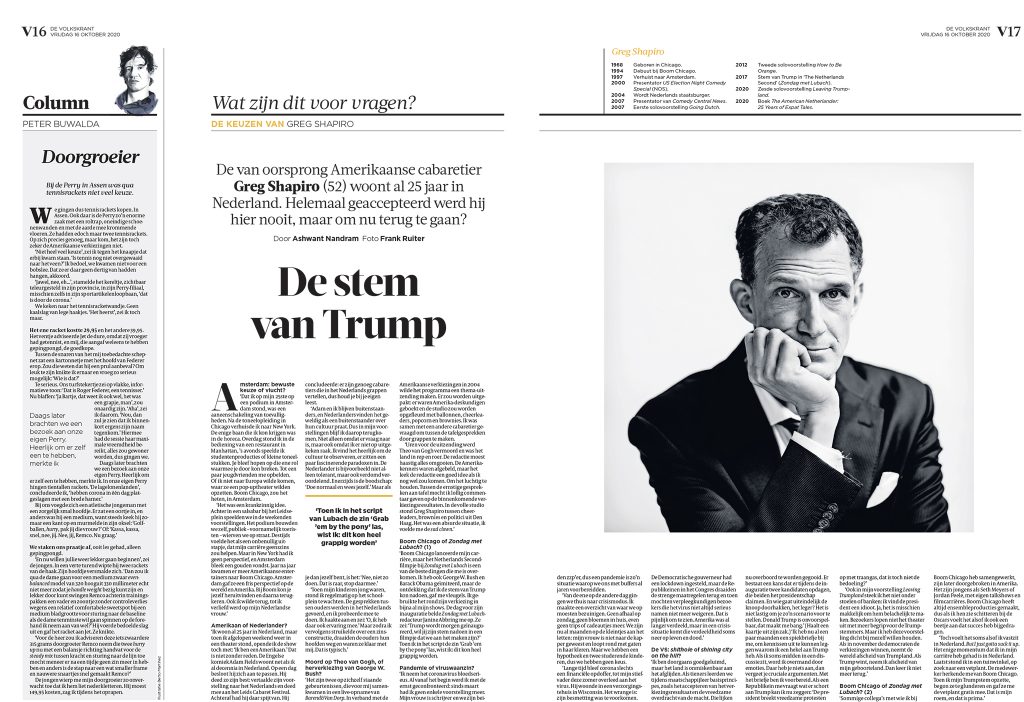 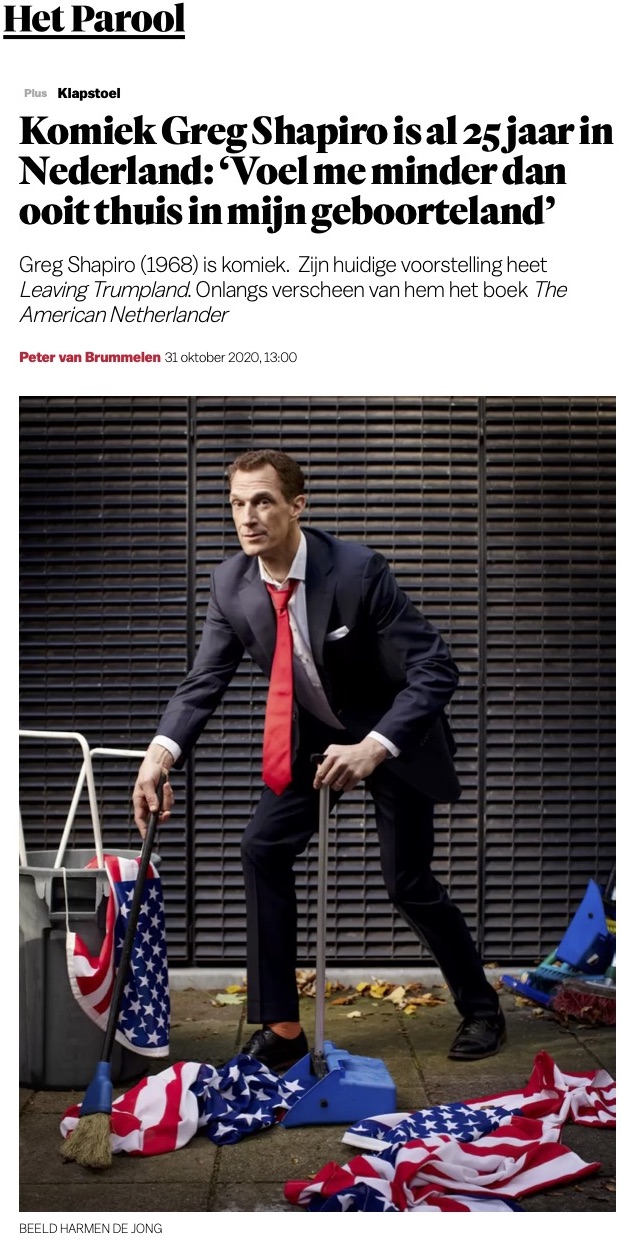 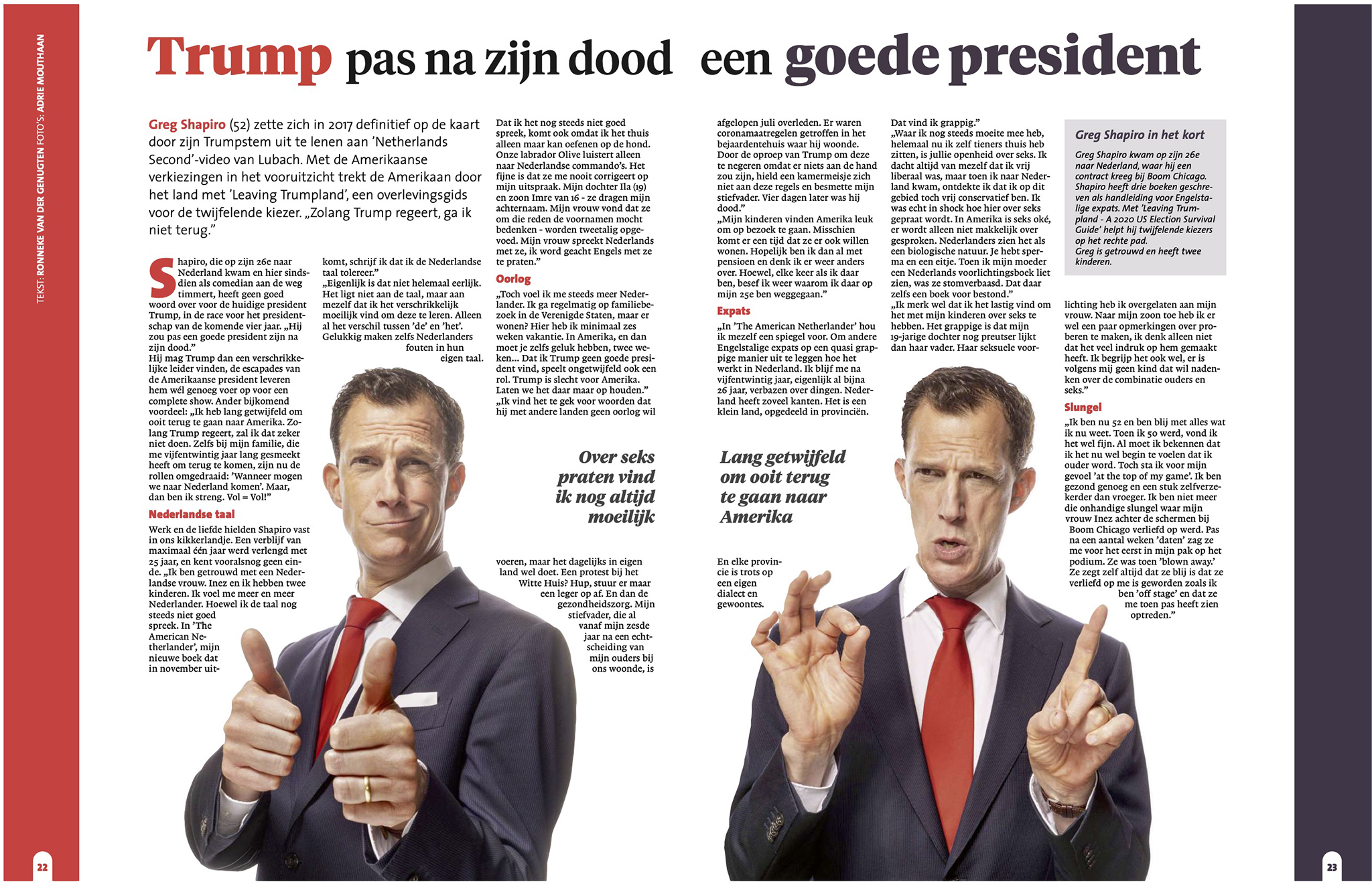 Greg Shapiro and Shaun Streeter have ace Trump impressions—and they’ve been lending them to a variety of European countries.

It took a full five years after George W. Bush’s inauguration for a comedian to utterly rip apart the president with his words. By contrast, the comic outrage inspired by Donald Trump and his White House rogues gallery has been swift, unrelenting, and thoroughly vicious—and U.S.-based comedians aren’t the only ones getting in on the fun.

Shortly after Trump’s inauguration, a Dutch answer to The Daily Show made the new president a pointed welcome video that quickly went viral, inspiring imitators from across Europe, and, eventually, the globe. (Hello, Morocco!) The clips share an impish sensibility, a tagline (“America first; [insert country here] second”), and narration done in the voice of Trump himself. What you may not know is who’s behind said narration: Greg Shapiro, a comedian from Chicago who’s been living in the Netherlands since the mid-90s, did the voice heard in the very first European parody video.

Greg Shapiro is one of the founders of Amsterdam’s Boom Chicago, a comedy theater similar to New York’s Upright Citizens Brigade and Chicago’s Second City. For years, the theater has served as an informal Dutch finishing school for American comedians—including names like Jordan Peele, Ike Barinholtz, and Seth Meyers.

Since making his move across the Atlantic, Shapiro has written books with names like Going Dutch and How to Be Orange; he also hosts a web series called United States of Europe, a satirical take on European current events. Even so, the comedian has never forgotten his American roots. His resume includes Bush-spoofing Boom Chicago shows called Bye Bye Bush and 9/11 Forever—and, of course, that ace Donald Trump impression, which Shapiro is currently showing off in a new Boom show called Angry White Men: Trump Up the Volume.