3 Reasons Why Dutch Honesty Is Better

3 REASONS WHY DUTCH HONESTY IS BETTER
by Greg Shapiro, The American Netherlander 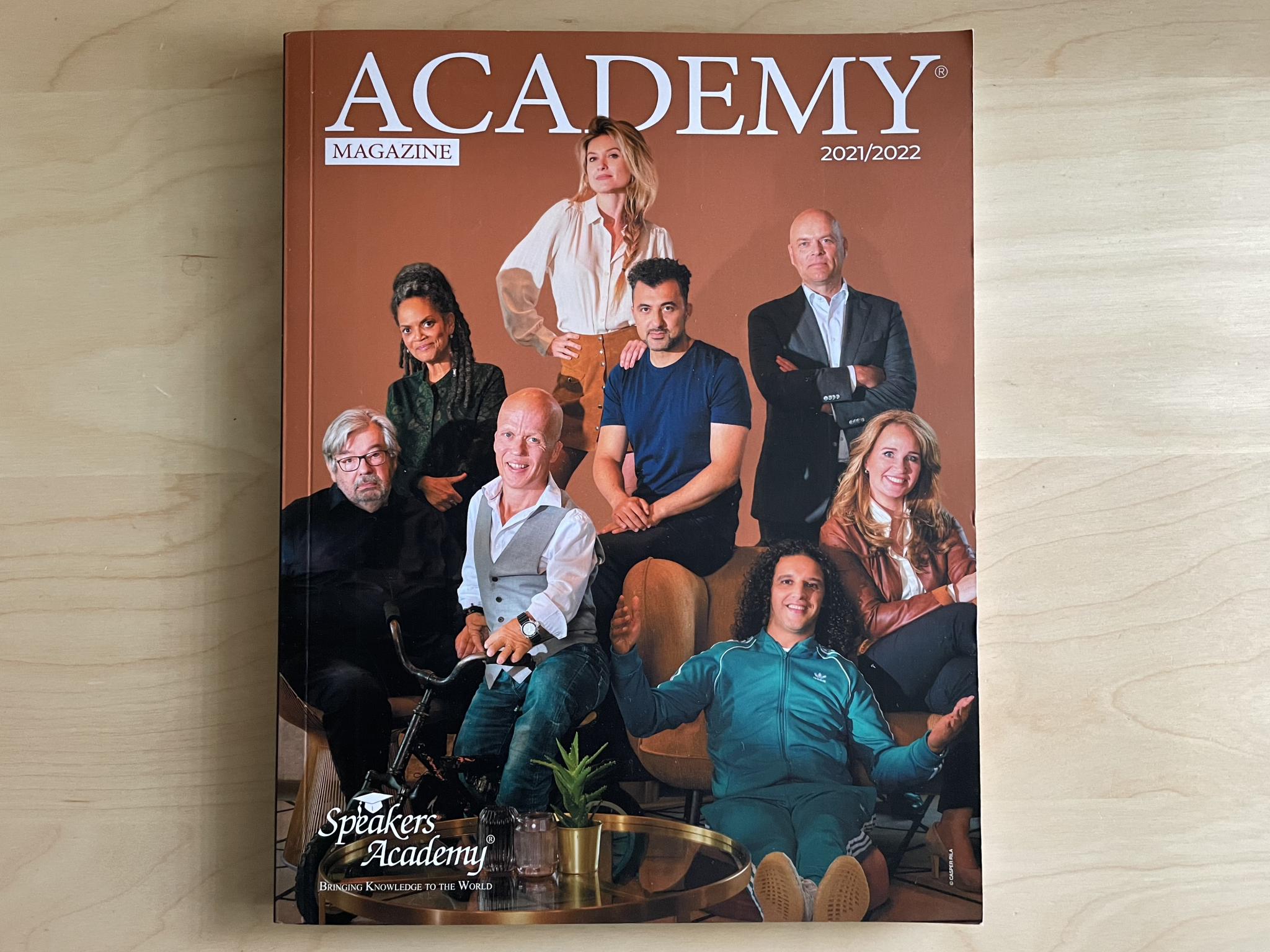 Dutch people are known for being ‘direct’ – which is an indirect way of saying ‘rude.’ At least that’s how I have experienced Dutch directness as an American expat. But the longer I live in Nederland, the more I appreciate how Dutch folks tell it like it is. Here are 3 ways Dutch Directness is better than the alternative.

When I introduced my American mother to my Dutch family for the first time, someone told her: “Nice outfit.” But it was my Dutch father-in-law who said, “I don’t think so. You have a nice figure, but in America you can’t get clothes that fit you properly. All the sizes are too big. But that is because most Americans are so fat.” So now my mother never speaks to my in-laws – which honestly makes my life much easier.

While many world leaders visited the Trump White House being pulled against their will into pop-up arm-wrestling contests, it was Nederland’s Mark Rutte who stood up to the bully. In a joint press conference, Donald Trump said “On trade, we’ll work out something positive. And even if we don’t work something out it’ll also be positive.” But Mark Rutte couldn’t help blurting out “NO!” Rutte laughed in Trump’s face as he continued: “Not positive. We’ll have to work something out.” And if not for Dutch diplomacy, Rutte would have added: “Not positive. And you are too fat. And your tie is too long. And your face makes you look like an angry monkey.”

Attitudes toward sex in the Netherlands can result in culture shock for many people. But if you spend a bit more time here, it becomes what I call Culture Shock Therapy. Yes, it’s different than what you might be accustomed to, but then you realize: “This way is better! ANSWER =

Many cultures advocate a getting-to-know-you phase before engaging in sex. An American colleague of mine was explaining to her Dutch friends that “I’ve been dating this guy for a few weeks. And I think it’s the right time to invite him to bed.” The Dutch women found this idea to be ridiculous: “Why would you spend three weeks on a guy, if he might be bad in bed?”

In closing, I find Dutch Directness better than what I grew up with. The only disadvantage is nowadays when I’m on a Zoom call with my family in the US, and they’re shocked when I say things like “Your country is shit.”

[Author Greg Shapiro offers Masterclasses on Dutch identity based on his books such as THE AMERICAN NETHERLANDER. Shapiro has appeared as Event Host and Keynote Speaker for multinational clients such as Philips, Shell and ING. His has hosted events for heads of state, the King of the Netherlands, and once for the Business Class section of a KLM 747 to Chicago.] 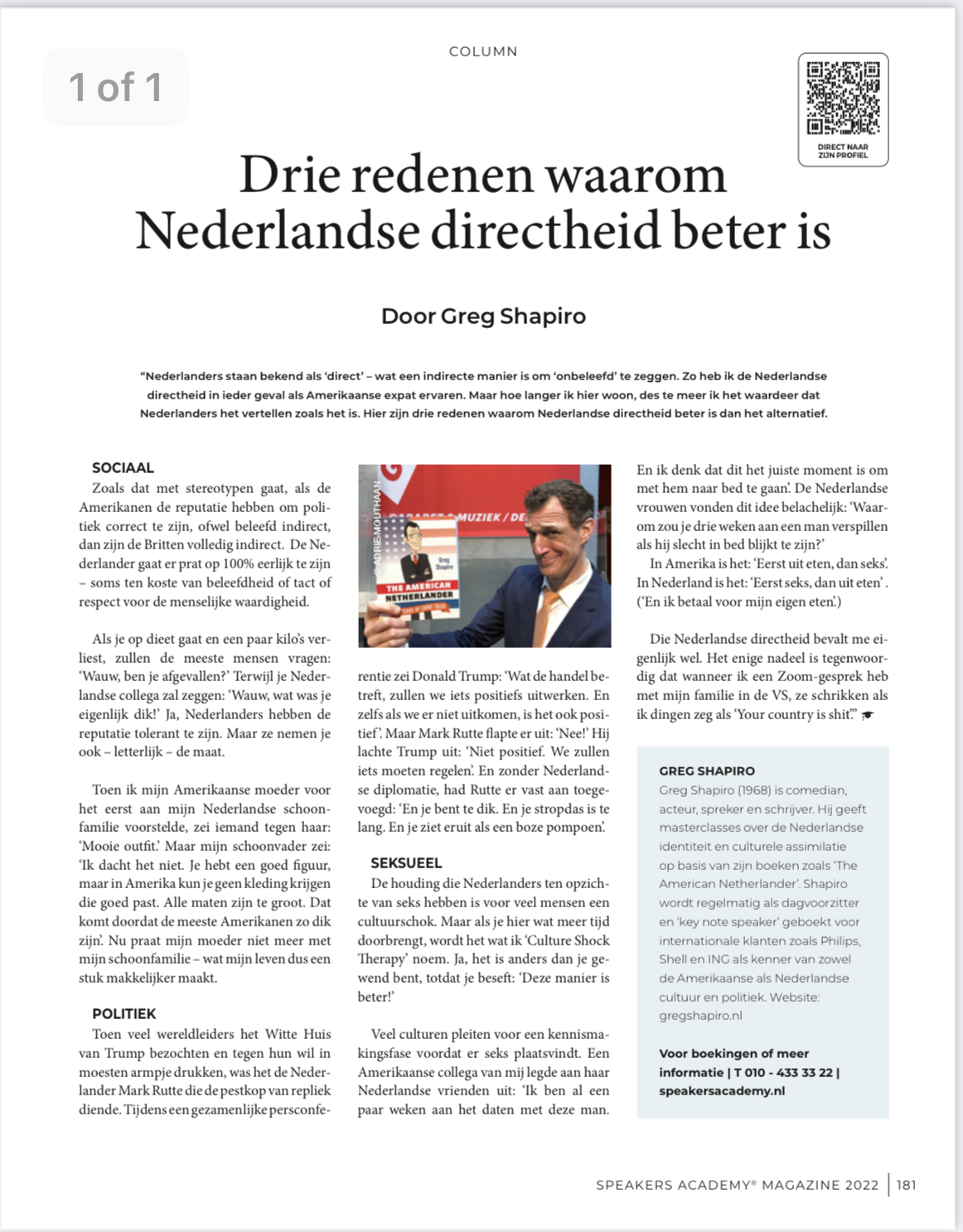